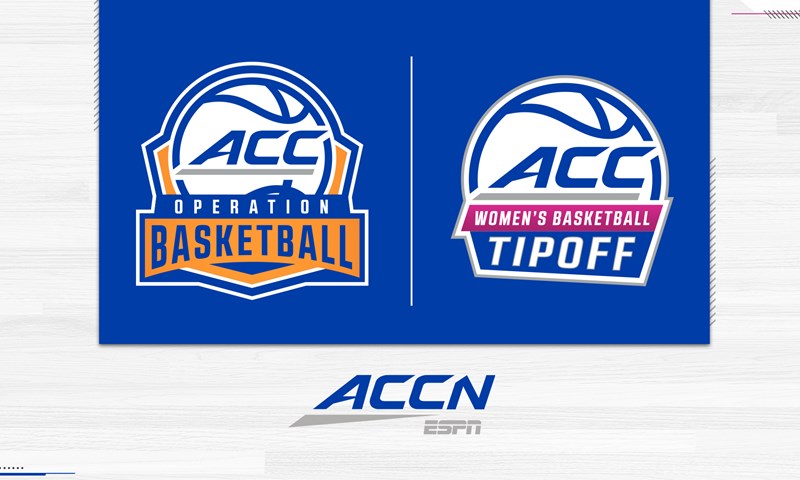 The virtual events will be televised live by ACC Network on Wednesday, Nov. 11, and Thursday, Nov. 12. ACC Women’s Basketball Tipoff will be held from 5-7 p.m. each night, while Operation Basketball will air from 7-9 p.m. both evenings.

The head coaches from each of the 15 ACC men’s and women’s basketball programs will be featured on one of the two nights as part of panel interviews hosted by ACCN’s Kelsey Riggs. One student-athlete from each program will also participate as part of roundtable discussions with Riggs as well as men’s analysts Carlos Boozer and Luke Hancock and women’s analysts Kelly Gramlich and Monica McNutt. The student-athlete lineups for both events will be announced at a later date.

As part of both events, ACC Commissioner John Swofford will participate in Q&A sessions with Riggs. He will join the Operation Basketball show on Wednesday and Women’s Basketball Tipoff on Thursday.

The ACC men’s basketball coaches will also be available for credentialed media on a preseason video call on Thursday, Nov. 19, beginning at 10 a.m., with each coach speaking for 10 minutes. Further details on this call will be announced at a later date.