As West Coast fans wait, the rest of college… 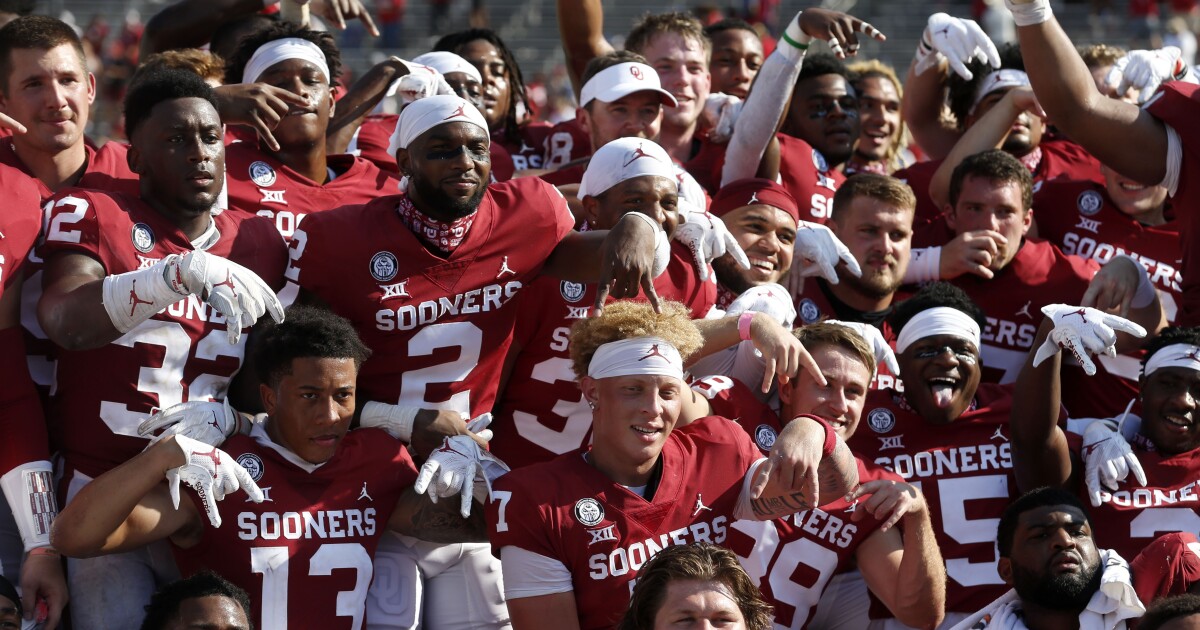 The life of a West Coast college football fan is one often spent waiting.

Most years, patience is required as the Pac-12 tries to produce a legitimate national championship contender. Many Saturdays, you have to take in a full slate of national games before a team from the region kicks off — although that is set to change with the league debuting a 9 a.m. Pacific start for USC-Arizona State on Nov. 7.

This year, the West’s diehards are battling true FOMO (fear of missing out). That Trojans-Sun Devils game is a month away, but it must have felt more like a year Saturday as a ridiculously fun set of games captivated audiences across the South.

At least in L.A., those who enjoy the spectacle of fall Saturdays have had the Lakers’ NBA Finals run and the Dodgers’ trip to the National League Championship Series to distract them.

Nobody could blame Pac-12 fan bases for taking advantage of these weeks to spend extra time with family, or put some sweat equity into one’s landscaping needs, or maybe get a head start on those 2020 taxes. At this rate, the conference might as well be playing its season into April.

If you’ve been avoiding participating in this pandemic season that a large swath of the country is attempting, here is our attempt to update what you may have missed:

Oklahoma and Texas staged another classic Red River Showdown on Saturday. The Sooners needed four overtimes to prevail 53-45 over the Longhorns, who came back from a 31-17 deficit in the fourth quarter to give Fox play-by-play man Gus Johnson a chance to scream into our living rooms for another hour.

But when the dust settled at the Cotton Bowl in Dallas, all that was left were a couple of mediocre historic powerhouses that already have two Big 12 losses in mid-October.

Oklahoma’s 2-2 start shouldn’t come as too much of a surprise given that Lincoln Riley is breaking in a young quarterback, Spencer Rattler, for the first time since Baker Mayfield took over. Texas’ 2-2 mark also shouldn’t raise any eyebrows given the program’s struggle to find consistency under Tom Herman.

In all likelihood, the Big 12 will not have a team in the playoff, which should give Pac-12 fans a little hope for the prospects of a 7-0 champion sneaking into the CFP.

No defense for Florida

Through the first two weeks of Southeastern Conference play, No. 4 Florida quickly emerged as the team that could most likely find itself on the 2019 Louisiana State trajectory. Quarterback Kyle Trask and his trusty tight end, Kyle Pitts, had connected for six touchdowns, and, in the first quarter Saturday at No. 21 Texas A&M, they found the end zone for the seventh time.

But by the end of the day, the Gators were hit with a cruel reality: They finally have an offense that would rival the Tim Tebow years, but now they have no defense.

The Aggies shocked the Gators 41-38, and Texas A&M got its first win over a top-five opponent under coach Jimbo Fisher in its eighth try.

Florida still has a shot to beat Georgia and win the SEC East, so it is not out of the CFP picture. But this defense has been shredded by Mississippi, South Carolina and now Texas A&M.

The Pac-12 needs Florida and Georgia to each end up with two losses, which now seems possible.

At halftime, No. 14 Tennessee looked like it might be following Texas A&M with a program-changing victory. The Volunteers led Georgia by four points after stuffing the Bulldogs at the goal line heading into the half.

No. 3 Georgia scored the next 27 points and won 44-21, ending Tennessee’s flirtation with relevance and an eight-game winning streak dating back to last season.

The Bulldogs are one of the only teams in the nation with a dependable defense, which makes them dangerous. Unexpectedly, Stetson Bennett IV — not USC transfer JT Daniels — is the guy leading the offense.

It’s unclear whether Daniels has fully recovered from the knee injury that ended his 2019 season with the Trojans and put Kedon Slovis into the position to take over.

Georgia travels to No. 2 Alabama next weekend in the biggest game of the young season. We’ll see if Daniels gets his shot if Bennett struggles.

Defending national champion Louisiana State lost most of its starters to the NFL, and, predictably, it shows. So far, the Tigers, who lost to Missouri — Missouri! — 45-41 on Saturday, miss their defense more than Heisman Trophy winner and No. 1 overall draft pick Joe Burrow.

They also miss their offensive line and running back Clyde Edwards-Helaire. Missouri stymied LSU (1-2) on four plays from the one-yard line to seal what would have been an unthinkable upset a year ago.

USC fans who did not spend all of last season lamenting Pat Haden’s decision to pass on Ed Orgeron can take their victory lap.

There may be college football games, but there is still a pandemic. In some locales, it has been hard to tell.

At Kyle Field in College Station, Texas, when the camera panned to crowd shots, it appeared almost like a sellout, with fans packed together all over the stadium. The SEC is allowing up to 25% capacity but with social distancing. Still, it’s up to the individual stadiums to enforce it.

This week, the SEC threatened to fine coaches $100,000 for not wearing masks.

It will be interesting to see whether Tennessee coach Jeremy Pruitt’s mask method — Saturday, he wore a stretchy cloth over his head, leaving his mouth and nose exposed for the entirety of the game — will draw the conference’s attention.

The Pac-12 will not allow fans to attend in 2020. Its coaches don’t seem like the types to turn their noses up at the virus.

Of course, we’ll have to wait and see.