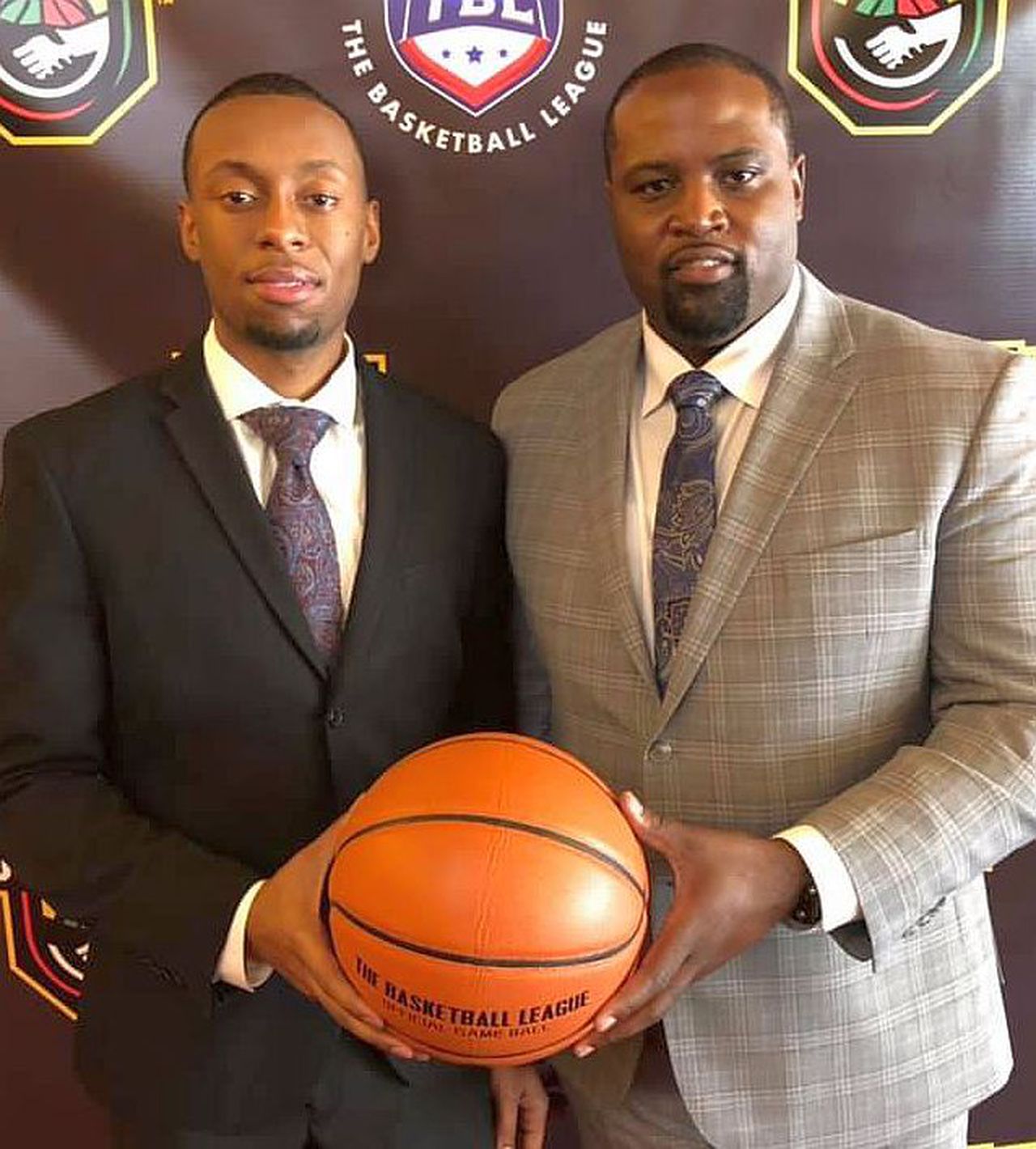 Flint United, a pro basketball team, will join the Flint Firebirds, Flint City Bucks and Flint Monarchs on the area sports scene beginning in March 2021. The team will play in The Basketball League and will mostly be comprised of players who have previously played in the NBA, G League and overseas.

In addition to Flint United owner Kevin Mays and general manager Matt Washington – both of whom are Flint natives – other speakers included Mayor Sheldon Neely and TBL owners David and Evelyn Magley.

The press conference began with a short video about Flint’s basketball history.

It showed Tom Izzo talking about Michigan State’s famed Flintstones, who led the Spartans to the 2000 NCAA championship, and went on to feature some of Flint’s greatest basketball players – Pam and Paula McGee, Glen Rice, Mateen Cleaves and Monte Morris just to name a few.

Now, Flint United wants to add itself to the city’s basketball history.

“Watching that video that we just saw here really speaks to the true nature and spirit of who we are as a community,” Neely said. “We are much more of a victor than we are victims. We are true champions – spirit, mind and body. That’s why this franchise is coming here.

“This city, this mayor’s office, will do everything in its power to be supportive.”

Mays and Washington are both Flint natives.

Mays, 31, was a state discus championship at Flint Carman-Ainsworth before going on to participate in two sports at Central Michigan, where he was a track All-American.

He previously worked for the Firebirds and Bucks. He served as the Firebirds director of sales and spent last season as director of game day operations for the Bucks, who won the USL League 2 national championship during their first year in Flint.

“When I started out on this journey to bring the franchise to this city, it was a no-brainer,” Mays said. “When I wake up every day, this is the feeling that I’ve been looking for to make not just a small impact but a huge impact on the community, to make a huge impact on people. I know we can do that through sports.

“That story has been told in our city time and time again and it’s time for us to continue making that impact and to have that footprint on the city. That’s what Flint United is for me. I would be remiss to let an opportunity pass through that I know can be a true light and blessing for our city.”

David Magley said TBL currently has 26 teams and will have 32 next season.

Teams are based across the country from San Diego to Albany, N.Y., they play a 24-game schedule and use NBA rules with the exception goaltending. Balls on the rim or above the cylinder are up for grabs.

“The game will be entertaining,” Magley said. “There will be dancers, there will be mascots, there will things that go on between every dead ball. We have big expectations for this city. We chose this city four years ago. We’re just now getting in because we hadn’t found the right person.

“We did in Kevin because this is Kevin’s heart. You can’t come to Flint from someplace else and impact Flint the way someone from Flint can do it. Someone from Flint knows Flint, knows their heart, knows the opportunity, sees the brilliance of Flint.”

Washington attended Flint Northwestern High School and went to college at the University of Michigan and UM-Flint before graduating from Youngstown State. He currently works in Michigan’s athletic operations department and lives in Ann Arbor.

Although Flint United hasn’t finalized where it will play home games, Mays said he’s in negotiations with Dort Financial Center to play there. The team is also interviewing potential coaches and has the list narrowed to four.

There will be several combines to fill TBL rosters beginning Oct. 24 at a location yet to be determined. Players must be 18 to be on a roster and Magley said one team had a player who was 35 last season.

Mays said Flint United hopes to have some local players on the roster if possible.

The team’s colors are black, white, gold and red.

Firebirds forward drafted in sixth round

High school basketball: Pontiac cancels and a glimpse at what basketball could look like during COVID-19 – Chicago Sun-Times
Auburn basketball recruiting: Tigers land five-star forward Jabari Smith, the No. 5 prospect in the nation – CBS Sports