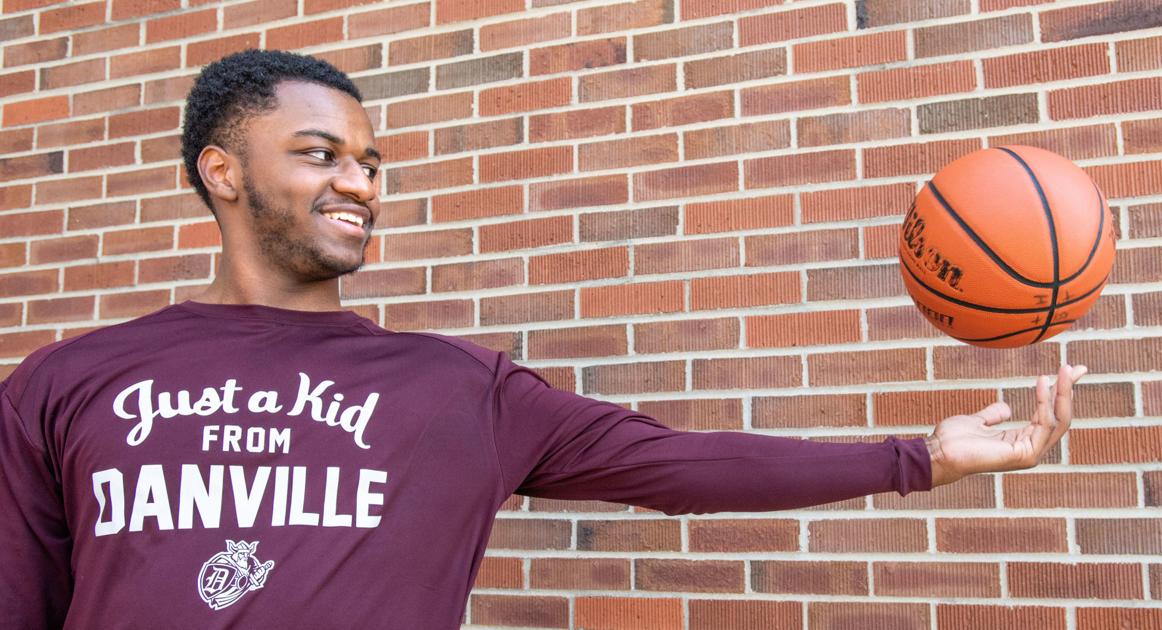 How did you get your start in basketball?

And what was it like coming though Danville’s youth

“You played the same people. It was like two teams. You got to know everybody, and you got to get the feel of the games. It was like mutual competitive spirit, really.”

How do you feel about your prep basketball career so far?

When Tevin Smith was

sidelined through part of the

“It was a different feel because we’ve been playing with each other on AAU teams and everything since I can remember, so it was a different feeling. It put a different toll on my shoulders, but we both were prepared for not playing with each other. That’s what we trained for. … That’s good for me because that’s all I’m about is growing and elevating. So for me, one thing I believe I’ve got to work on and grow (in) this year is be more vocal. I’ve got to be more of a vocal leader, especially being one of the oldest.”

What has been the high point of your prep career so far?

“Winning regionals (in 2019), that was a high point for me. And also beating the (program’s all-time wins) record, that was another high point. Because that year we were real good, and we were bonding like family and we had good times.”

And the low point?

“This year, basically. Not going to school is low, especially being my last year. So it sucks.”

Your group has been at or near the top of Danville’s hierarchy when it comes to recent team results. What is it like being part of a successful program in that sense?

“Just basically working hard every day, just having a mindset of winning. If you feel like you’re a loser, then you’re going to be a loser. But if you feel like you’re a winner — I came into high school believing that I’m a winner. So it really starts with the mindset. It goes to physical practice every day, and you teach it to the freshmen coming up and you just keep building from there.”

How has second-year coach Durrell Robinson — a Danville native himself — impacted this program?

“First, he’s the first Black coach that we had, and he brought a lot of (college) coaches to our open gyms and stuff. And he’s done some great things. It’s very important for me — not just for me, but for other Black people — because it shows you can be a leader at something. You don’t have to be at the bottom. You can be at the top. You can be a head coach. You can be more stuff, more than just what they say.”

What’s the biggest thing you’ve learned about basketball these past three-plus years in Danville?

“I would say how detail-oriented it is, because before I came (to high school), I was just a freestyle type of player. I’d just go out and just play. But once you get to the high school, especially a freshman, you’re not the oldest but you’ve got to learn how to score in different ways so you can stay in the game.”

What are your expectations for this coming season?

“As far as team, we would like to win — win it all. Whatever it all is, because I don’t know what we’re having this year.”

That’s got to be pretty difficult to absorb.

“Yeah, that makes it worse because us not coming to school already makes it sad, but us not having a season — that’s bad. I’ve just trained like we’re going to have a season, basically.”

How is your college search progressing?

“I currently only hold one offer, from (University of Illinois-Springfield). But I’m getting (recruited) by other schools — other D-II schools, a couple D-Is. I’m capable of really showcasing my talents and my game and expanding my game. … Basically just improving at everything and turning my weaknesses into strengths.”

Have you thought about what sort of impact you’ve made on Danville prep basketball?

“Actually, I kind of have, especially since we’ve just been sitting. Because usually you just be in it so much and (are) so busy. But I kind of have been thinking about the legacy, and I just really hope we have a season this year because I want to leave a good legacy — like a big legacy.”