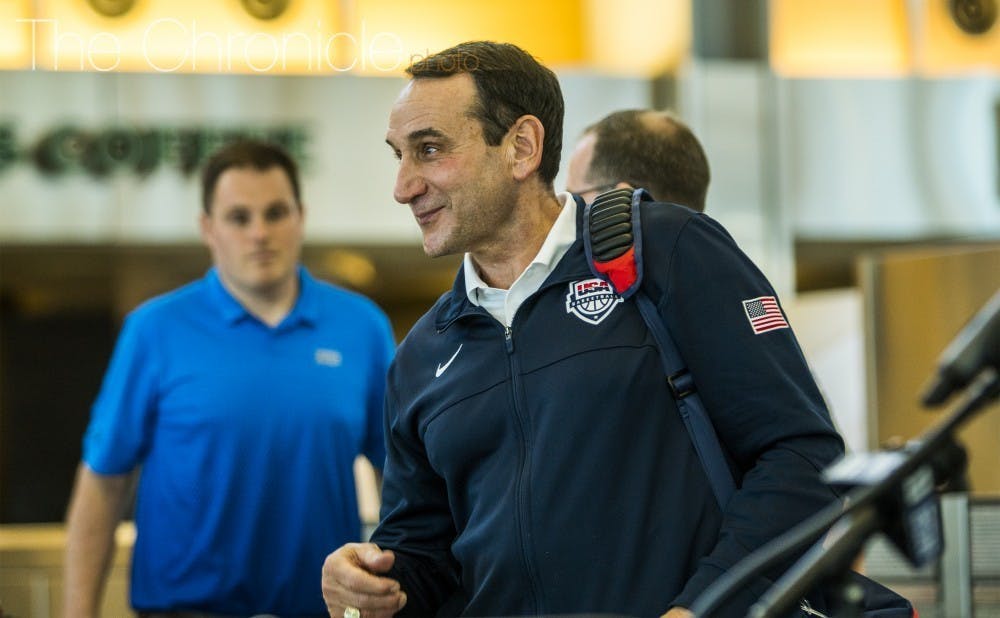 Blue Devil fans have their eyes on the fast approaching college basketball 2020-2021 season and rightfully so, as Duke is consistently in the top 10 in preseason rankings. However, the Blue Devils might be looking even more promising in the season after that.

With Paolo Banchero and A.J. Griffin having committed, Duke is the only team with two ESPN top-10 recruits in the class of 2021. Banchero, a 6-foot-8 center, and Griffin, a 6-foot-6 small forward, give the Blue Devils immediate size and versatility.

If Banchero’s communication with his fellow class of 2021 are any indication, this talented class is poised to expand, with No. 2 recruit Patrick Baldwin and No. 15 recruit Trevor Keels both considering Duke.

Baldwin is a power forward and Keels is a shooting guard, and both would have high ceilings under the expertise of head coach Mike Krzyzewski.

In addition to these two potential additions, there are some other talented individuals that could give Duke the spark it needs to capture a national championship. Caleb Houstan, a 6-foot-8 small forward from Montverde Academy, is considering Duke.

Houstan’s sharp shooting and ability to move the ball in space may remind Blue Devil fans of another Montverde star—Knicks player R.J. Barrett.

Another key decision for the Blue Devils will be that of Charles Bediako. Bediako is a 6-foot-10 center and the No. 26 recruit in the class. Bediako’s physicality and presence in the paint could be a game-changer by giving Duke a second big man in the class of 2021, ensuring depth in a position that the Blue Devils are shallow at for this upcoming season.

With almost seven months remaining before the deadline to commit, there is much to come. Krzyzewski will be making his final pitches to these players, aiming to establish this recruiting class as one of the top classes in the nation, and potentially one of Duke’s strongest ever.

But first, Krzyzewski and the Blue Devils have their eyes on earning their sixth title this year, with a promising mix of new and experienced talent. Both this season and next are shaping up to be nothing short of exciting.

Get Overtime, all Duke athletics

Signup for our editorially curated, weekly newsletter. Cancel at any time.