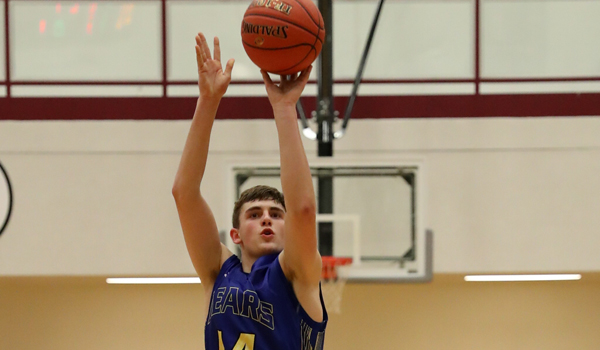 Year One for Damon Seiger at Ava couldn’t have gone much better.

The Bears put together a 24-6 record and claimed a district championship for the first time in a decade, advancing to the Class 3 quarterfinals before being eliminated by eventual Class 3 runner-up and perennial power Charleston. While it didn’t end the way Ava wanted, the run served as an example of what could be for an emerging program.

“It was a great ride as our community rallied around our guys and showed them the support they so deserved,” said Seiger. “I felt as though basketball was meaningful again in Ava as you say it had been a while since we had had a season with as much success as we did. We were simply outmatched that particular day. I do believe our guys got a real taste of what the postseason is all about and how exciting it can be. We have a lot of holes to fill but think our guys are ready and up for the challenge again.”

Seiger will have to find a way to replace a great senior class that accounted for three starters and six total lettermen, but he will have the luxury of returning the SCA Player of the Year in 6-foot-3 junior Andrew Dalton.

As a sophomore he averaged 19.2 points, 8.4 rebounds and 2.5 assists. Dalton is regarded as one of the top 2022 prospects in Missouri.

“Andrew is the ultimate competitor that will do what it takes to be successful,” said Seiger. “Being the son of a former coach he has had the drive and knowledge to put him ahead of a lot of others. He makes those around better and his skill set allows him to play all five positions on the floor when needed.”

Also return is senior guard Quinton Donley and junior guard Blayne Mendel. Both will take on increased roles, especially with the loss of senior Zach Mendel due to a football injury. Both Donley and Mendel are shifty guards that will look to make an impact on both ends of the floor.

“Quinton has really come into his own this summer and dedicated himself to being more than just a shooter for this upcoming year,” said Seiger. “We expect big things out of him as he has increased strength and can attack more off the dribble as well as shot the 3 at a 40 percent clip last season.

“Blayne is a very good facilitator that will take more of a scoring role with this year’s team. He had a great summer of workouts and we expect big things out of him as our primary ball handler.”

The newcomers that will fill out the rotation is a veteran group in terms of age, but will have to adjust to new roles at the varsity level.

Dodson is an undersized post whose grit makes him an asset in the paint. Evans and Donley both showed the ability to score the ball at the JV level and the duo of Cole and Heinlein are two of the most athletic players in the program. Seiger also believes Sawyer can be another lead guard that has the ability to make shots.

The roster certainly had some turnover but the expectations did not. Seiger and the Bears fully expect to compete for SCA and district championships for years to come.

“Night in and night out you had better show up ready to play in the SCA,” said Seiger. “This year will be no different, as we will be the hunted and everyone will be looking to knock us off. Road games at Thayer, Willow, Liberty, and Grove will prove a challenge for us throughout conference play. Just as the case with any year our overall health and ability to play well in January and February will be key. I like our group of guys this year but have some new faces that will have to prove themselves early. It’s an exciting time to be a part of Ava Bear Basketball.”