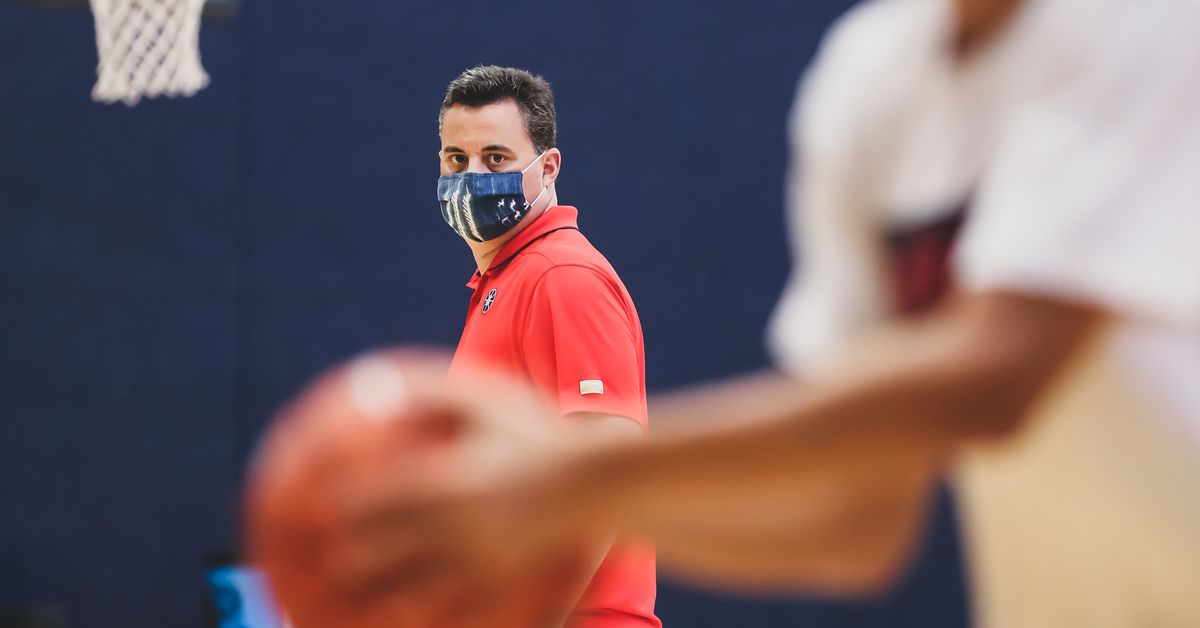 Instead of rise and grind, for the Arizona Wildcats it’s been rise and swab.

So it goes preparing to play college basketball in a pandemic.

Since beginning preseason workouts last month, Arizona’s players have started each day with a COVID-19 antigen test as part of the protocols put in place by the Pac-12. This comes around 7 a.m. before any other activities, including breakfast or lifting, in order for results to be available prior to afternoon practices.

And so far, at least, this process has gone seamlessly. Arizona players say the team has yet to have anyone test positive, a great sign considering how much the coronavirus has impacted college football.

The UA football team experienced that firsthand on Friday when it learned, just before heading to the airport to fly to Salt Lake City, that its season opener at Utah had been canceled because of an outbreak among the Utes.

“We’ve been protecting ourselves really good as a team,” freshman forward Tibet Gorener said. “We haven’t had any cases yet, so that’s big. Everyone’s protecting the team and we’ve been doing a great job and we know what the consequences are if we get the virus. We’ll be out for a long time. It’s not good for the team and individually, so everyone has been in doing what they have to do to stay safe.”

Getting up early isn’t normally something a college-aged person is keen on doing, but it’s become second nature for the Wildcats. Even when there’s not a need to get up, according to sophomore forward Jordan Brown.

“It’s not a lot of days of sleeping in, and then even if we do have a day we don’t have to do anything, we’re so used to getting up early, it just kind of happens,” he said. “At first getting used to COVID and stuff is a little adjustment, but after a while like it’s just a part of being an athlete, part of being a student-athlete—getting up early, working out and stuff and just being careful of what you do. So it just feels like getting ready to be a pro.”

Testing isn’t the only change Arizona has had to adjust to. Masks are required everywhere, even when in the locker room—which isn’t often, and didn’t happen for the first time until late October. And if players get together outside of practice, they don’t go in large groups.

“We’re one of the fewest teams in the locker room this season, so we talk but we have to have our mask on and everything,” senior guard Terrell Brown said. “But everybody hangs out, like when we go get food, a couple dudes have cars, some dudes go to TopGolf and stuff like that.”

Not everybody hangs out in public, however. Junior guard Jemarl Baker Jr. said he’s stuck to a home-heavy routine since the pandemic began, chilling at his pad playing video games, while senior Ira Lee limits himself to home and the athletic facilities.

“I’m a guy that’s kind of scared of COVID, so I go to the gym and come back home, but I recommend spots (to eat),” he said. “I have the guys come over some nights, I’ll cook dinner for them. We’ll have UNO night.”

This new way of life is worth it if it means a chance to play basketball again.

“It’s really exciting to get back out there, especially after all the work that has been put in this offseason,” Jordan Brown said.

College football schedule, games 2020: What to watch in Week 10, TV channels, Saturday kickoff times – CBS Sports
Crowd At Tennessee Basketball To Be Capped At 4000 – The Chattanoogan