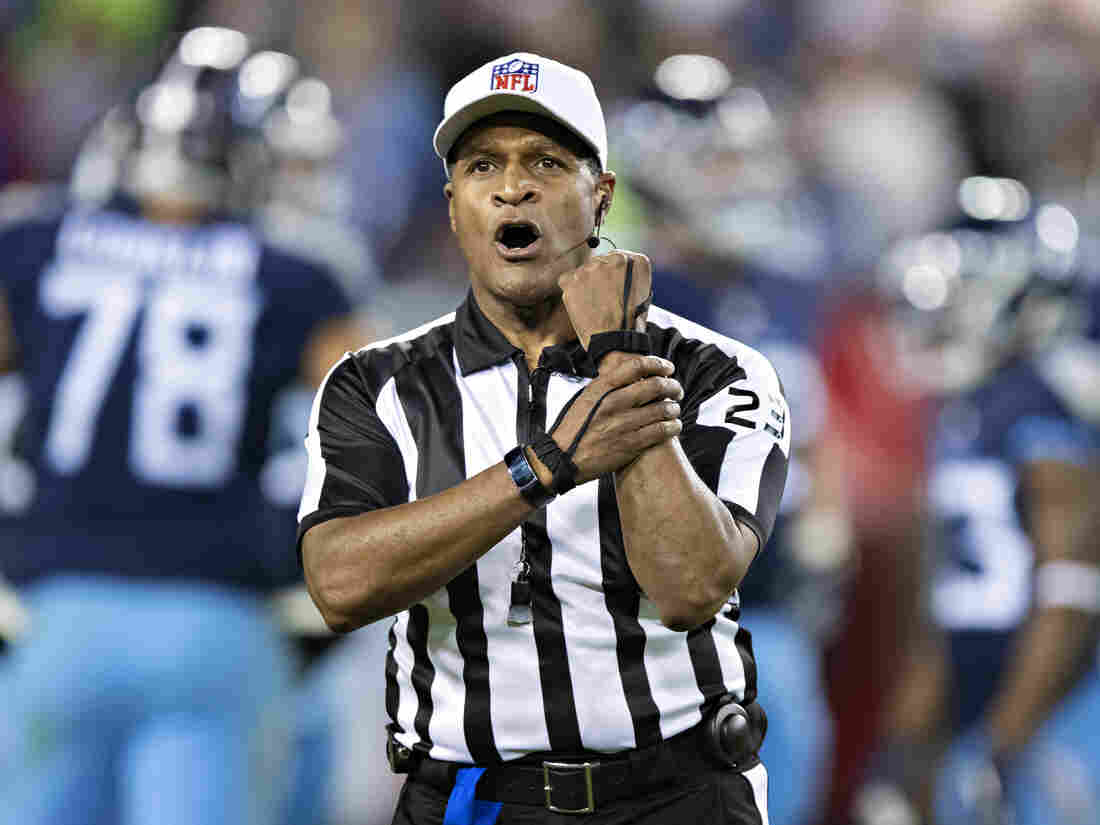 Referee Jerome Boger makes a holding call penalty during a game between the Tennessee Titans and the New York Jets in Nashville, Tenn. in December 2018. Boger will lead an all-Black officiating crew during Monday Night Football on Nov. 23. Wesley Hitt/Getty Images hide caption 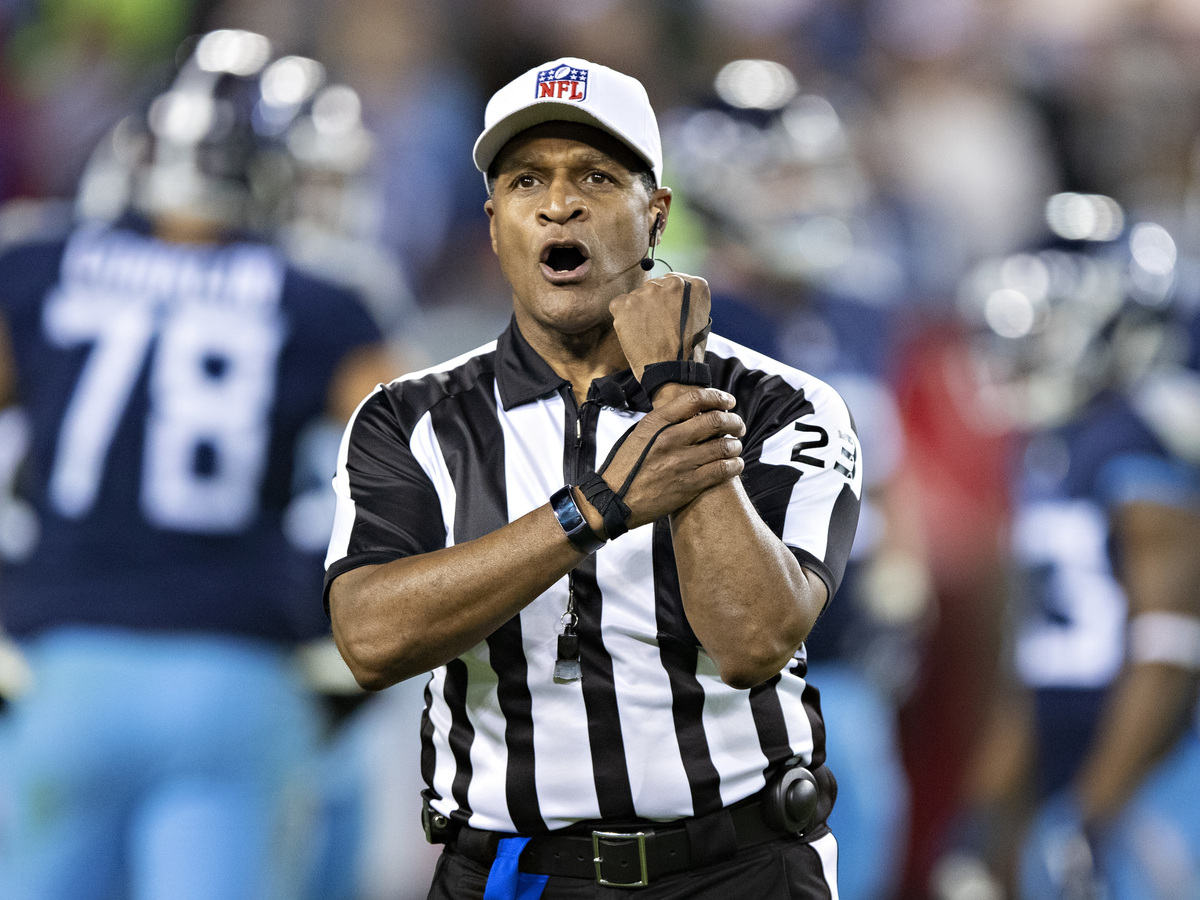 Referee Jerome Boger makes a holding call penalty during a game between the Tennessee Titans and the New York Jets in Nashville, Tenn. in December 2018. Boger will lead an all-Black officiating crew during Monday Night Football on Nov. 23.

The matchup between the Tampa Bay Buccaneers and Los Angeles Rams on Monday Night Football will make history, but it has nothing to do with the two teams vying for playoff seeding.

For the first time ever, the league has assembled an all-Black officiating crew, led by Jerome Boger, a 17-year NFL official.

“This historic Week 11 crew is a testament to the countless and immeasurable contributions of Black officials to the game, their exemplary performance, and to the power of inclusion that is the hallmark of this great game,” Troy Vincent, a former NFL player who is now the league’s executive vice president of football operations, said in a statement.

Boger became the third Black referee in the history of the league when he was promoted from line judge during the 2006 season.

“I am proud of my heritage and excited about my participation in this historic game,” Boger said in a statement. “The opportunity to work with a great group of Black officials and exhibit our proficiency in executing our assignment is something I am really looking forward to.”

The ground-breaking officiating crew was not constructed by happenstance.

While Boger, Anderson, Mapp, Shaw and Jeffries regularly work together, the NFL pulled Johnson and Steed from other officiating crews for Monday night’s game.

Both the Bucs and the Rams have played a role in advancing diversity efforts in their own rights, USA Today NFL columnist Jarrett Bell points out. Bell writes:

“The Rams were the first NFL team to reintegrate in 1946 after a 12-year color ban, signing running back Kenny Washington and receiver Woodie Strode, which coincided with the Cleveland Browns, then of the All-American Conference, adding fullback Marion Motley and guard Bill Willis.”

The all-black officiating crew takes the field during a season where the NFL vowed to do more to elevate issues of diversity and racial equity.

Prior to the 2020 season kickoff in September, the league announced it will play “Lift Every Voice and Sing,” known as the Black national anthem, before every week 1 NFL game.

It also allowed teams to stencil “End Racism” and “It Takes All of Us” in home team end zone early on in the season, as The Washington Post noted.

In June, several NFL players took to social media to criticize the league for not doing more to call out racial inequities, including system racism and police brutality, following the police killing of George Floyd by Minneapolis police on Memorial Day.

The trailblazing crew set to officiate the marquee game on Monday night does represent progress for a league that is still facing challenges with elevating minorities to high-ranking positions among its 32 franchises.

As ESPN points out, four of the league’s 17 officiating crews are led by Black referees, which is “a higher percentage than for NFL coaches or general managers.”

The NFL hired its first Black official, Burl Tover, in 1965. He served as a head linesman in the league until 1980, including working Super Bowl XIV, becoming the first African American to officiate the league’s championship game.

Johnny Grier became the league’s first Black referee in 1988. He spent 23 years as an official in the NFL before retiring in 2004. Former referee Mike Carey became the first African American to lead an officiating crew in a Super Bowl in 2008, during the matchup between the New England Patriots and New York Giants. Carey retired in 2013.