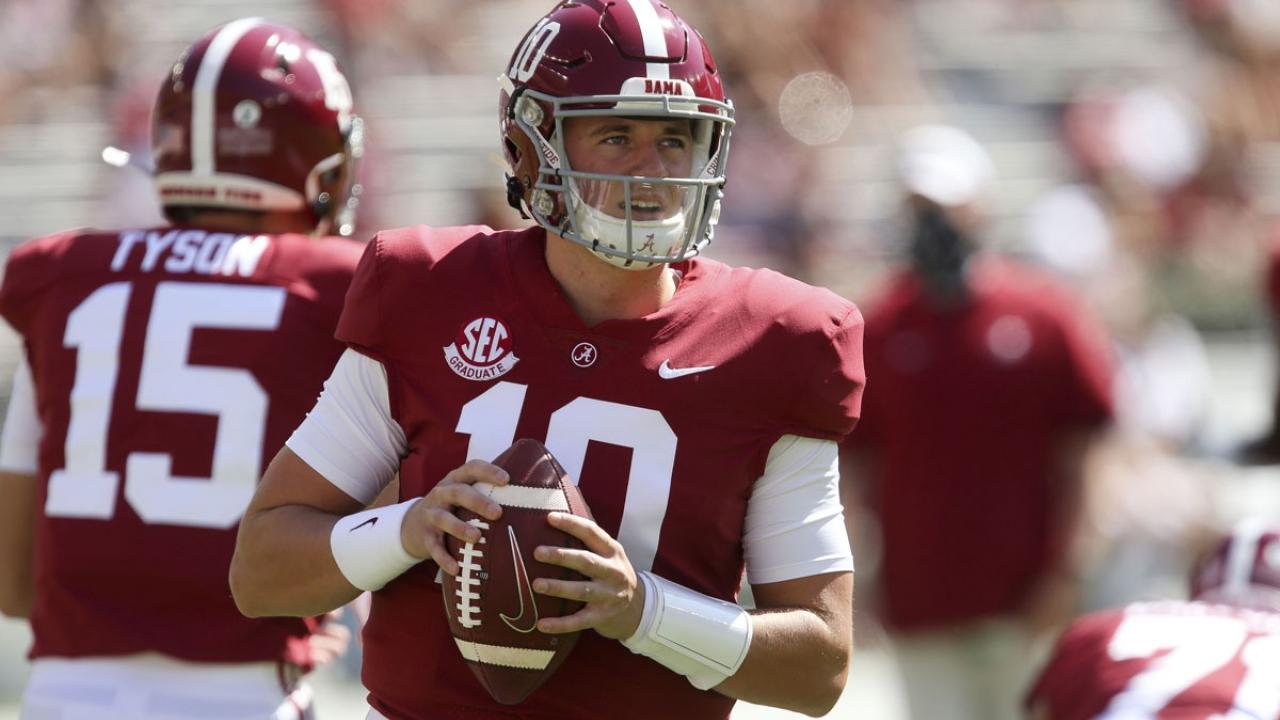 Once the first College Football Playoff rankings are out, every week and every game seems more significant. All touchdowns, clutch defensive stands and upsets feel like a big deal. Some of those surprises could even happen in Week 13.

Below, find a preview for the top games and storylines for the week (all times Eastern).

Iowa State is getting close to making program history. The Cyclones are 6-1 in Big 12 play (and 6-2 overall) and are two wins away from clinching a spot in the Big 12 title game. Iowa State has never been in that game before. So, yes, this is a big one. But Texas, at 4-2 in the Big 12, is also in the hunt — as are fellow lead contenders 5-2 Oklahoma and 4-2 Oklahoma State. For this game, both the Cyclones and Longhorns are in win-out-and-you’re-in situations for the conference championship game.

The Irish came in as expected in the first CFP rankings, slotting in No. 2 behind Alabama. But Notre Dame won’t assume it’s safe. UNC may struggle to stop teams, but its offense can cause problems. Tar Heels QB Sam Howell is fourth in the nation with 2,631 passing yards and is more than capable of a huge performance. But can UNC slow down Ian Book, Kyren Williams and the rest of the Irish?

When it comes to appointment viewing, you can’t miss with the Iron Bowl. Last year, Auburn shocked the Tide to end Alabama’s CFP hopes — that first time ‘Bama missed the semifinal field in the CFP era. Expect Alabama to pick up a win here, though the Tigers have looked better in three consecutive wins against Ole Miss, LSU and Tennessee. However, Alabama has Heisman favorite (or co-favorite with Florida QB Kyle Trask) Mac Jones, even if coach Nick Saban will be out of the Iron Bowl after testing positive for COVID and showing symptoms.

Trevor Lawrence is back. After COVID positives forced him to miss his team’s last two games — and then the cancelation of Clemson-Florida State a week ago on what would have been his return — Lawrence will now be back on the field. That alone is reason enough to check out the Tigers as they try to round into form before a likely rematch with Notre Dame in the ACC Championship Game.

It’s probably unlikely the Tigers pull the gigantic upset, but with A&M just outside the top four, the Aggies will be one of those teams the nation will check in on from here on out. If Texas A&M can beat LSU, Auburn and Tennessee to finish at 8-1, it will make a strong argument for CFP inclusion, even if Alabama wins the SEC West. Texas A&M would love to string together decisive wins.

What can we learn from the first College Football Playoff rankings?

When stepping outside those five leagues, independent BYU’s schedule definitely hurt it — No. 14 in the CFP yet No. 8 in the AP and Coaches — and only San Diego State currently remains on the schedule. Could the Cougars find a way to schedule someone else?

Then there’s Cincinnati. The Bearcats achieved the highest CFP rank ever for a team outside the ACC, Big Ten, Big 12, Pac-12, SEC and not named Notre Dame. At No. 7, Cincinnati still has some work to do. However, the Week 13 game against 1-6 Temple is now canceled because of COVID. That leaves a Dec. 12 game against No. 25 Tulsa as the only remaining game, though a rematch against the Golden Hurricane is likely upcoming in the AAC title game. Cincinnati will need plenty of help — think other CFP contenders taking on another loss or two — as well as dominance against Tulsa to have a chance. But a No. 7 ranking is still a big deal, no matter where this ends up.

Outside the top seven, only No. 8 Northwestern should feel completely confident in a CFP spot being theirs if it wins out. And even then, the Wildcats will likely have to defeat Ohio State in the Big Ten Championship Game.

Can the Pac-12 climb quickly?

It wasn’t that much of a surprise, but the Pac-12 is clearly behind other major conferences in CFP pecking order. Much of that is because the conference has played so few games compared with others. Right now, only two Pac-12 teams are in the CFP rankings: No. 15 Oregon and No. 18 USC.

For CFP purposes, 6-0 Oregon and 6-0 USC meeting for the Pac-12 championship would create the kind of stage that would draw eyes and may end up being for a spot in the CFP. But since it’s 2020, there’s no way of knowing what the college football world would look like that week. An 11-1 Notre Dame, with a close loss to Clemson in the ACC title game, would be a tough comparison for a 7-0 Pac-12 champion. Get ready for a lot of quality and quantity comparisons.