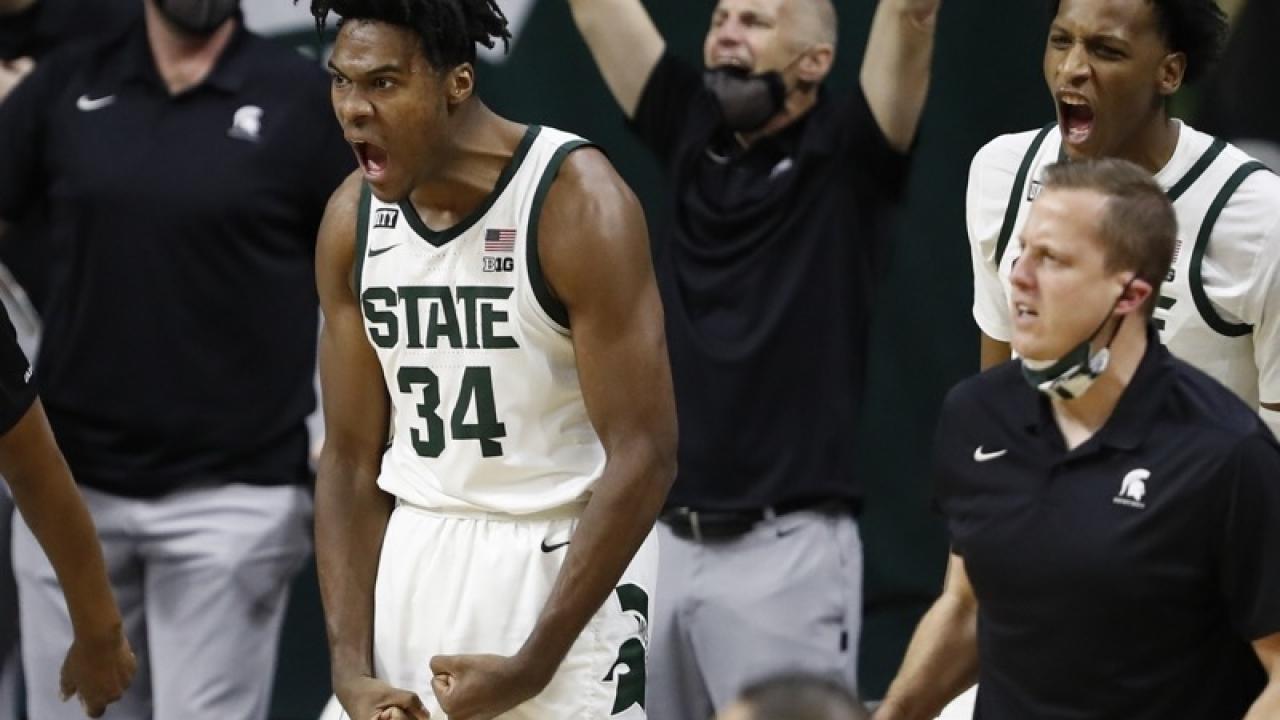 The latest men’s college basketball AP Top 25 poll was released Monday afternoon and there are two new top-five teams and another newcomer in the top 10 after a thrilling week of the men’s basketball season.

Just like in Week 2’s AP poll, the top three teams are No. 1 Gonzaga, No. 2 Baylor and No. 3 Iowa. The ‘Zags received 54 first-place votes, while the Bears earned seven.

Each of those three teams has played three games and won all three.

Along with Texas, No. 4 Michigan State tied for the biggest week-over-week improvement in the AP poll compared to last week. The Spartans and Longhorns climbed four spots apiece. Michigan State defeated then-No. 6 Duke (on the road), Detroit and Western Michigan since the release of last week’s poll.

Kansas improved two spots to No. 5 after knocking off then-No. 20 Kentucky in the Champions Classic, as well as Washburn and North Dakota State. Meanwhile, the Blue Devils dropped four spots to No. 10 and Kentucky fell out of the poll.

Texas gets the Maui Invitational bump

The Longhorns won the 2020 Maui Invitational by defeating Davidson, Indiana and North Carolina. But Texas fell to Villanova on Sunday, which likely put a ceiling on how much the Longhorns could’ve otherwise climbed in the AP poll. They improved from No. 17 to No. 13.

The Badgers fell nine spots in the latest AP poll, which was the biggest drop among teams that were ranked in both Week 2 and Week 3. Wisconsin lost at the buzzer to rival Marquette, 67-65, on Friday.

The Badgers are 3-1 on the season.

The ACC, Big Ten make up nearly half of the poll

Both the ACC and the Big Ten have six teams ranked in the latest AP poll, which gives the two conferences a combined 12 teams in the AP Top 25.

That sets up for a loaded ACC/Big Ten Challenge.