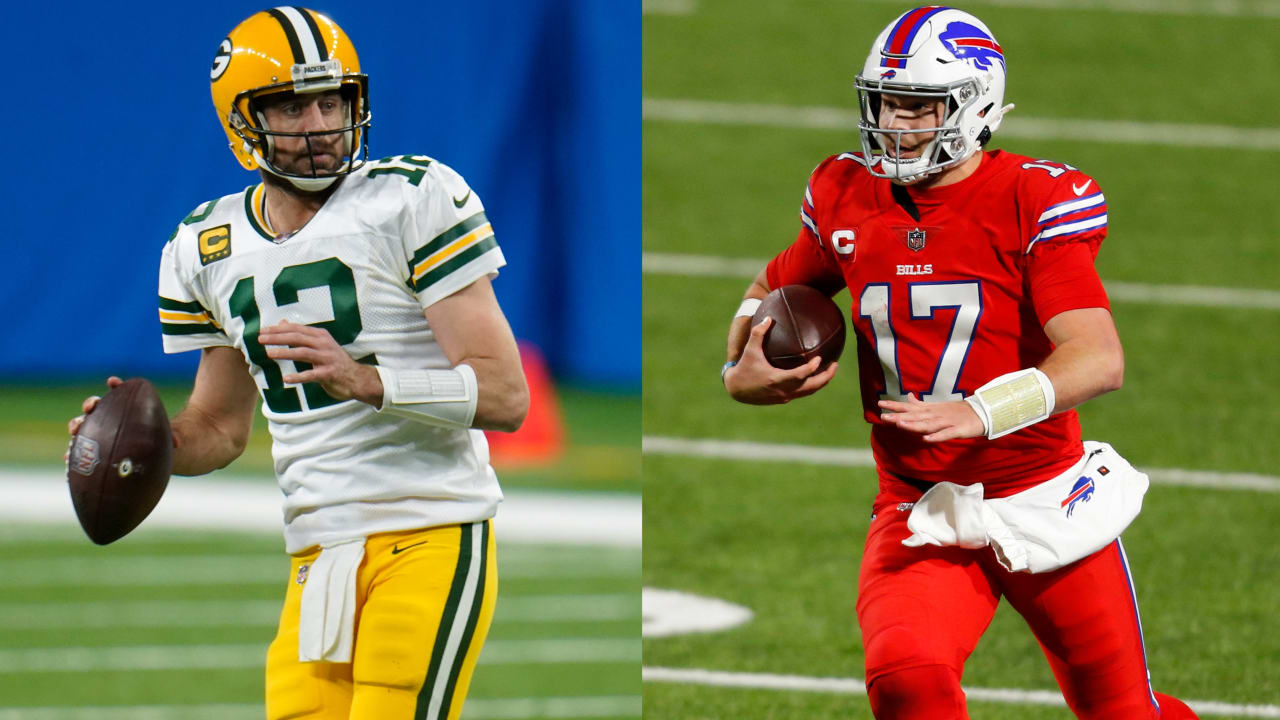 Christian McCaffrey is likely to miss Saturday’s action against the Green Bay Packers, a game that will be right here on NFL Network. A huge bummer for anybody who grabbed him with the 1.01 pick this season. But a few things here. Don’t @ him on Twitter. Don’t say anything. There is nobody more disappointed than he is, so let’s not pester him. And look, I’m 10-3 with the No. 1 seed in one of my leagues where I drafted him. I’m the No. 2 seed in the NFL vs. IMPACT Wrestling league where I drafted him. We’ve got this. I know a lot of you picked up Mike Davis, who is an excellent start against the Packers, who have allowed the fourth-most fantasy points to running backs this year (although they have been better as of late).

And since we’re talking about Saturday NFL games, which are my favorite time of year, let’s walk through some of the top starts and sits for the week.

Aaron Rodgers has scored at least 19 fantasy points in all but one game this season. So he’s an automatic start for you. And he tops my rankings this week. Which is funny because he’s never finished as the QB1 in any week this season.

Josh Allen has been coming on strong over the past couple of weeks. He’s had at least 20 fantasy points in four of his last five games. He’s become an automatic start once again, and you should have no hesitation starting him. Well, unless you have Rodgers. Then you’re good.

Teddy Bridgewater was really good last week against the Broncos, scoring 20-plus fantasy points thanks to a rushing touchdown. But I wouldn’t consider him this week against the Packers, who are good against the pass. And speaking of the Broncos, Drew Lock was excellent last week with four touchdown passes. Although any attempts to start him this week would merely be chasing the fantasy points. You’re the dude who heard about the awesome club, but you’re going to try to go the following week to replicate the magic. But it never works out.

We like Mike Davis. We like Aaron Jones﻿; despite the fact he was a little disappointing in a pretty great matchup against the Lions last week. Here’s the interesting part with the Panthers. They have allowed the eighth-most fantasy points to running backs this season, but have allowed the fewest to the position over the last month. And you might say to yourself, “Rank, then why are we starting him?” He plays in a good offense and my alternative is Lynn Bowden﻿. Which isn’t horrible. It’s also not Aaron Jones﻿.

One running back I’m sure to avoid this week is Zack Moss﻿. Who like Zack Morris was much better in the past than he is currently. Moss was pretty good for few weeks during the middle of the season. But he’s gone Mr. Belding in recent weeks with less than five fantasy points in three of his last four games. His one good game was close to nine points against the Chargers.

Davante Adams has scored at least 18 fantasy points in eight straight games. The only receivers with longer streaks since 1970 are Antonio Brown and Hall of Famer Cris Carter﻿, who had nine-game streaks. He’s an obvious play. I also really like (besides Stefon Diggs﻿, we’re trying not to be super obvious here) Robby Anderson who has been posting consistent fantasy numbers all season. He was targeted 12 times against the Broncos that he turned into eight receptions for 84 yards. And if D.J. Moore doesn’t play, that’s even better for him. Curtis Samuel isn’t a terrible option either.

A sleeper pick for you could be Tim Patrick who has scored double-digit fantasy points in five consecutive games. He’s also scored at least one touchdown in three of his last five games. He seems like he would be a bigger thing if his name was more exciting. You know what I mean? The name Tim Patrick sounds like somebody you went to school with, see at Cal State Fullerton basketball games and he sells insurance. Not one of the most consistent receivers in the NFL.

Also let’s not sleep on Gabriel Davis﻿, either. He’s had a touchdown in four of the Bills last five games. Quietly consistent. Of course, Davis will take a hit in value if John Brown returns.

﻿Robert Tonyan﻿ has been gifted acceptance into Rodgers’ inner circle, so he’s a consistent threat for you. Big Bob has scored a touchdown in four consecutive games. The only other tight end that would make some sense, or at least carries some name recognition is Noah Fant﻿ who didn’t participate in practice on Tuesday. Fant hasn’t scored a touchdown since Week 2. He hasn’t put up double-digits since Week 8. Look to the weekend before you make a decisions on a tight end. Seriously, it’s disappointing. Although some rando like Dawson Knox will end up scoring a touchdown or something.

I’m sorry, is Younghoe Koo or Rodrigo Blankenship playing in this game? They are not. Those are the only kickers I like to talk about. But Joey Slye has the best matchup. But I’m a little concerned about it because it’s supposed to be one degree on Saturday. And I should clarify that it’s one degree Celsius because the rest of you Americans just can’t use the proper temperature. Which can be annoying for me. Why haven’t more hipsters picked up on Celsius? I don’t get it. But a warm-ish weather kicker in Green Bay scares me.

I should also point out that Brandon McManus is headed to the COVID list, too. So make sure he’s not in your lineup.

My favorite play on defense this week is the Buffalo Bills. I have them in my top 5 for the week. The Bills defense has been solid this year. Not spectacular, but solid. They had a great performance against the Steelers on Sunday, bringing in 12 fantasy points. And again, I can’t for the life of me expect Lock to do what he did last week. Plus, all of the kids on IG who have been knocking my Bills prediction (I had them going 9-7) have assured me the Bills are going to win this in a cake walk. So if you listen to them, you should get them in your lineup. But remember, they were the ones famous for taking Tommy Dreamer and Blue World Order-like bumps in the parking lot before games. I love them. But sometimes they worry me.

So there you go. Let’s get on to the rest of the starts and sits.