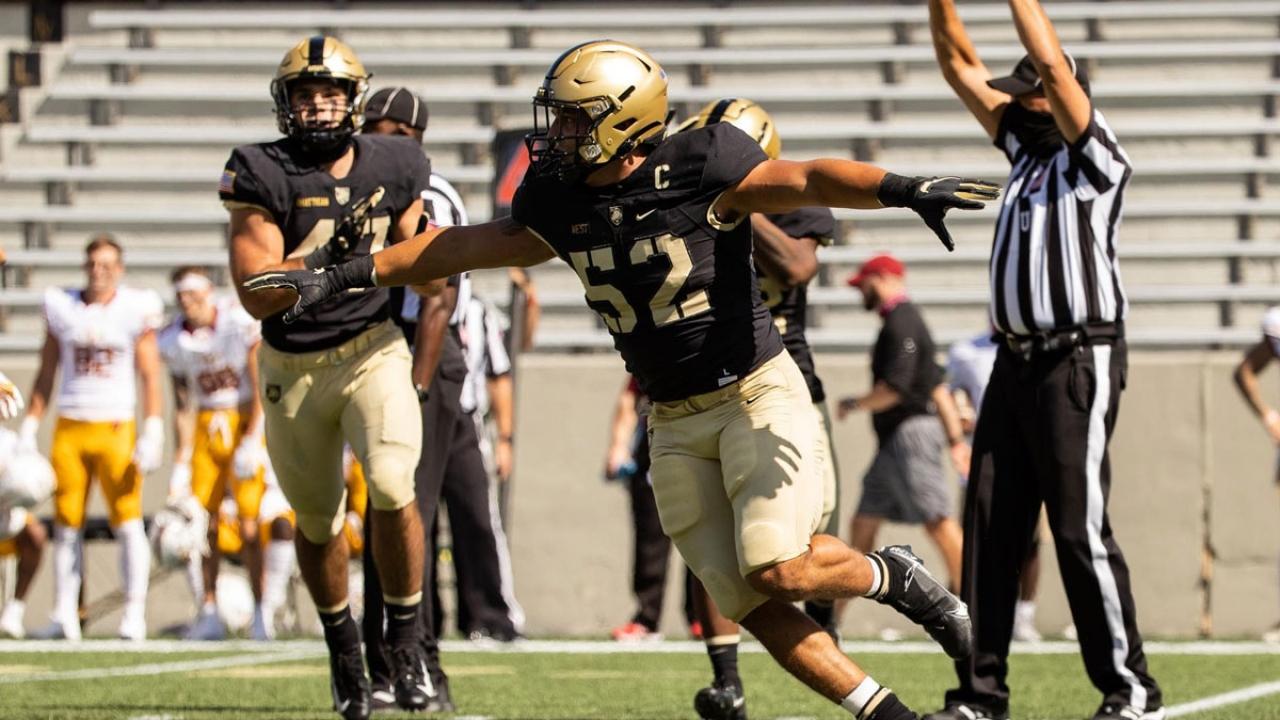 We’re almost there. This is the last week before conference championship games — and knowing which teams will make the College Football Playoff or a New Year’s Six game. Now is not the time to slip up.

Here’s a look at what’s ahead for this week.

San Jose State and Buffalo are the only remaining undefeated teams not in the latest College Football Playoff rankings. This game will also be played in Las Vegas due to COVID-19 restrictions in Santa Clara County. On top of that, the winner of this game would be in line for the Mountain West title game next week.

If you’re into seeing a division clincher, check this out. The winner of this will meet Buffalo for the MAC crown next week. While WMU played in the conference championship game in 2016, Ball State hasn’t made it to that point since 2008. Since losing to Miami (Ohio) in their first game, the Cardinals have put together four wins in a row.

Keep it going, Coastal. One week after defeating No. 13 and then-undefeated BYU with ESPN’s College GameDay watching, the Chanticleers hit the road to meet Troy. Coastal still has a chance to make a New Year’s Six game — a dominant rout here would keep that dream well alive.

In recent years, this game got Saturday to itself. That’s not happening in 2020 because COVID schedule adjustments, but Army-Navy remains must-see football. Navy may be on a four-game losing streak coming in and the Black Knights are 7-2, but don’t be shocked if this is close.

UNC and the Hurricanes didn’t make the ACC Championship game, but the winner here will feel a lot better about this season. The Tar Heels did beat rival NC State and previously ranked Virginia Tech, but they’re still looking for a signature win. Miami, which has won five in a row since falling to Clemson, fits that role.

No, LSU isn’t anywhere close to what it was last year. That’s obvious. But Florida can’t look ahead to the SEC Championship Game showdown with No. 1 Alabama. The Gators are in a win-out situation to make the College Football Playoff, plus Kyle Trask (and Kyle Pitts) are looking for Heisman votes.

A USC victory would put the Trojans into the Pac-12 title game, but a Colorado win followed by a USC defeat would give the Buffaloes the division title. USC is now the Pac-12’s highest ranked team in the CFP at No. 15. However, rival UCLA has won two in a row.

What are the latest conference championship game situations?

While some matchups are already locked in, others need this week’s action to decide the matchups. Here’s what we know going into the week:

Of the known games, Ohio State’s inclusion is notable. Though the Buckeyes are undefeated, they were in danger of not meeting the minimum games played requirement to qualify — Saturday’s game vs. Michigan was the latest cancelation. But on Wednesday, the Big Ten voted to eliminate the minimum-game requirement. So now OSU will play Northwestern.

No, probably not. For one thing, no two-loss team has made the four-team CFP. But the Cyclones are now No. 7 in the rankings — up two from last week — and play No. 11 Oklahoma in the Big 12 title game on Dec. 19.

No. 7 seems close to No. 4 — that’s only three spots away, after all — but things would likely have to get really crazy for the Cyclones to move up to there. We’re talking Ohio State losing to Northwestern, Notre Dame beating Clemson again (and maybe even badly), Texas A&M falling to Tennessee, Alabama crushing Florida and maybe even something like undefeated Cincinnati losing to Tulsa (just in case). That would definitely muddy the waters.

That’s a lot to ask for, and Iowa State still must beat surging Oklahoma. But even if the Cyclones don’t make the top four, this run into the top 10 after going down to Louisiana in their first game is impressive.