What The Washington Football Team Said Following Their 20-15 Loss To The Seahawks – Seahawks.com

What The Washington Football Team Said Following Their 20-15… 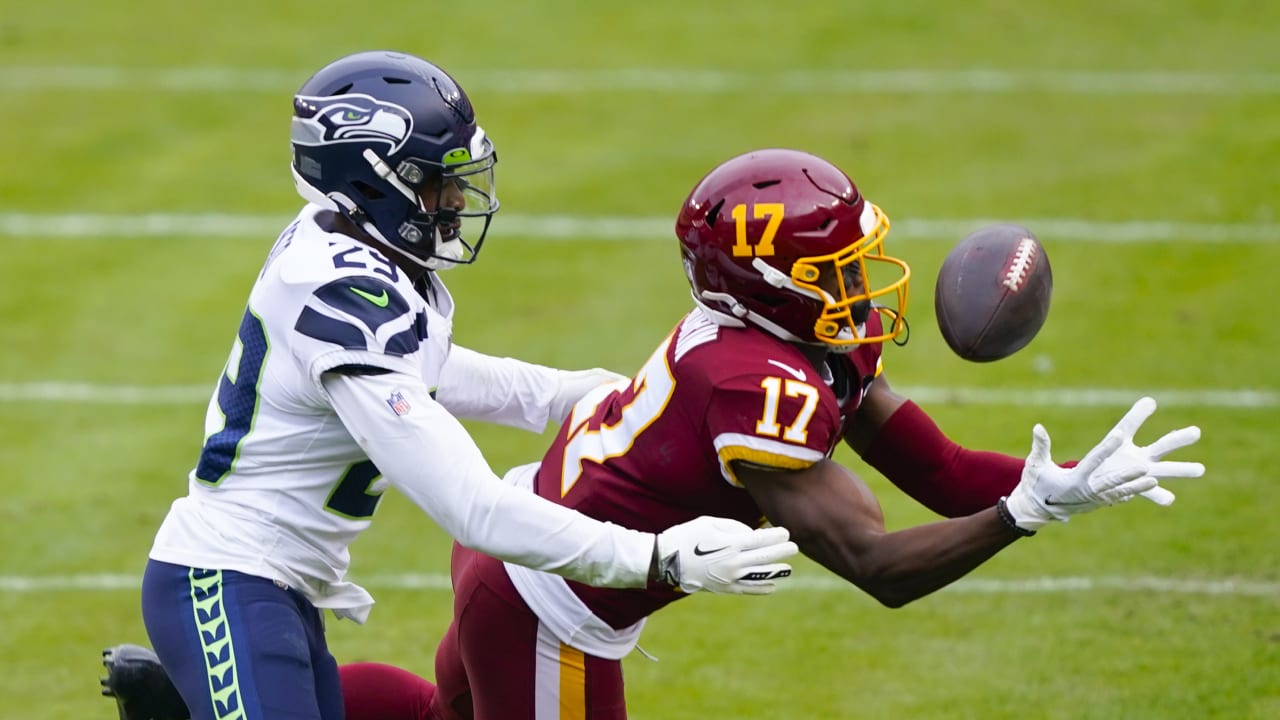 “I think he started a little bit slow and was kind of feeling his way around things. Then as he started to find his way a little later, you started to see him get more effective and make some things happen.”

On if he doubted putting T Morgan Moses back in the game:

On the frustrations with today’s game:

“The missed opportunities. When you go and look at it—we’ll see it on tape tomorrow—there were some missed chances. We had some plays that we could’ve made that could have impacted the game. Unfortunately, we didn’t make those plays.”

On how the missed extra point affected the game:

“Well, that’s exactly what it is. We started playing catch-up. We tried to gain it back, and unfortunately, we weren’t successful with it. That put us in position where, instead of needing a field goal to tie, we had to go for it and try to score the touchdown to win. It was frustrating at that point for us as a team.”

On Haskins Jr. improving his efficiency throughout the game:

“I think the biggest thing was he settled in. I thought [offensive coordinator] Scott [Turner] got into a good rhythm a couple of times. We moved the ball in the first half, and unfortunately, we turned it over. You get across the 50, you’ve got to put points on the board to give yourself a chance to win football games.”

On second-half adjustments on defense:

“I’d like to believe our guys stepped up and played much better in the second half because of what we were doing defensively.”

On what Haskins Jr. improved on in the second half:

On the linebackers today:

“I thought as the game went on, they got more and more comfortable. Again, as you said, a lot of these guys were guys that haven’t gotten a lot of snaps. [LB] Khaleke [Hudson] got a chance to play. [LB] Jared Norris was out there playing. [LB Shaun] Dion Hamilton got an opportunity to play a little bit more as well. [LB] Thomas Davis was out there a little bit longer. These got more extended playing time. I think the more snaps they took, the more comfortable they got.”

On the team’s mentality this upcoming week:

“The biggest thing is this is the most important game we’ll play this year. That’s the truth. Then next week and the week after that, that game will be the most important. I told the guys we’ve got to focus in on the next upcoming opponent, get ourselves ready to play football and get after it.”

“I thought they were good. I do. These are young guys that are dynamic players that do fly around and do understand. When guys get opportunities, they shine. That’s what we got from Khaleke. I thought he did a nice job. Again, he’s an athletic, young football player that still has a lot to learn. He got an opportunity and took advantage of it.”

On the team’s margin for error:

“I don’t know because we spotted teams leads in the first half, and we’ve been able to come back and win games. You know what I’m saying? I don’t know if that’s fair or not. Again, we took advantage of opportunities. We made things happen. We had an opportunity to win and we didn’t. That’s the disappointing part.”

On the team being able to contend in games:

“I think we have a chance. We have a legitimate opportunity to win a football game, to get ourselves in position. We’ll see what happens. A lot can happen from between now and two Sundays from now. We’ll see what happens one at a time. Like I said, the most important thing we have coming up is we play Carolina. We have to focus in on those guys. I told the guys: ‘Hey, get past what just happened today. There’s nothing we can do about it, so we might as well start getting ready for our next opponent.'”

On Haskins Jr. using his legs in the second half:

“I thought it was good. It kind of created some opportunities. I thought it brought those linebackers, that underneath coverage a little tighter because he started to run a little bit and it started opening up some of that second coverage passing. There’s a plus to being able to move and be active as a quarterback.”

On the defense stepping up:

“That’s something that’s big time. Being able to get those things really does show that these guys can make things happen when they get after it. It’s unfortunate that opening drive of the first half we gave up a touchdown. You’d love to see those guys bode their necks and force a field goal. Instead, we gave up a long run that was really one of the things that came back and haunted us, obviously.”

*On if today’s game is a frustration moving forward: *“Not necessarily. We’ve got two games left still, and we’re right in the middle of everything. Did we want to win this one? Absolutely. But we’ve got two more games. We’ll take them one at a time and see what happens.”

On having three quarterbacks active today:

“Well, a big part was if something were to happen, we’d have [QB Steven] Montez go out and play. If it was too big for Steven, we would go with [QB] Taylor Heinicke if something happened to Dwayne early in the game. Steven has not taken any live snaps because we didn’t have any preseason games. He’s good in practice, we just didn’t know what to expect. That was the idea behind that. Just in case it was too big for him, we have a guy in Taylor Heinicke that can come out and settle things down for us if we had to do that.”

On how much the offense was adjusted for Haskins Jr.:

“I don’t think it was as much as was being made. I think the biggest thing that we did was we gave him a wristband with plays on it to see if it helped him as far as the verbiage to the other players. It seemed to get the pace of our huddles going a little faster, breaking, getting to the line of scrimmage and then giving Dwayne a chance to gather information as he looked over the opponent’s defense.”

On RB J.D. McKissic and TE Logan Thomas stepping up:

“I think it’s amazing. I really do. These are guys that we brought in knowing that—at least we felt—that these are guys getting ready to take the next step. They most certainly showed it and have played like it. They really are a part of what we’re trying to do as we go forward as a football team. It just shows you that their value is important as is missing a guy like [RB] Antonio Gibson. We look forward to getting Antonio back, hopefully this week. But we’ll see. We’ve got to get everybody on the same page and get it going.”

On if QB Alex Smith will start against Carolina if he is healthy:

No. 11/11 Men’s Basketball defeats Oklahoma State, 77-74 – TexasSports.com
What to watch for in Steelers-Bengals on ‘Monday Night Football’ – NFL.com