An NCAA tournament like no other will take place… 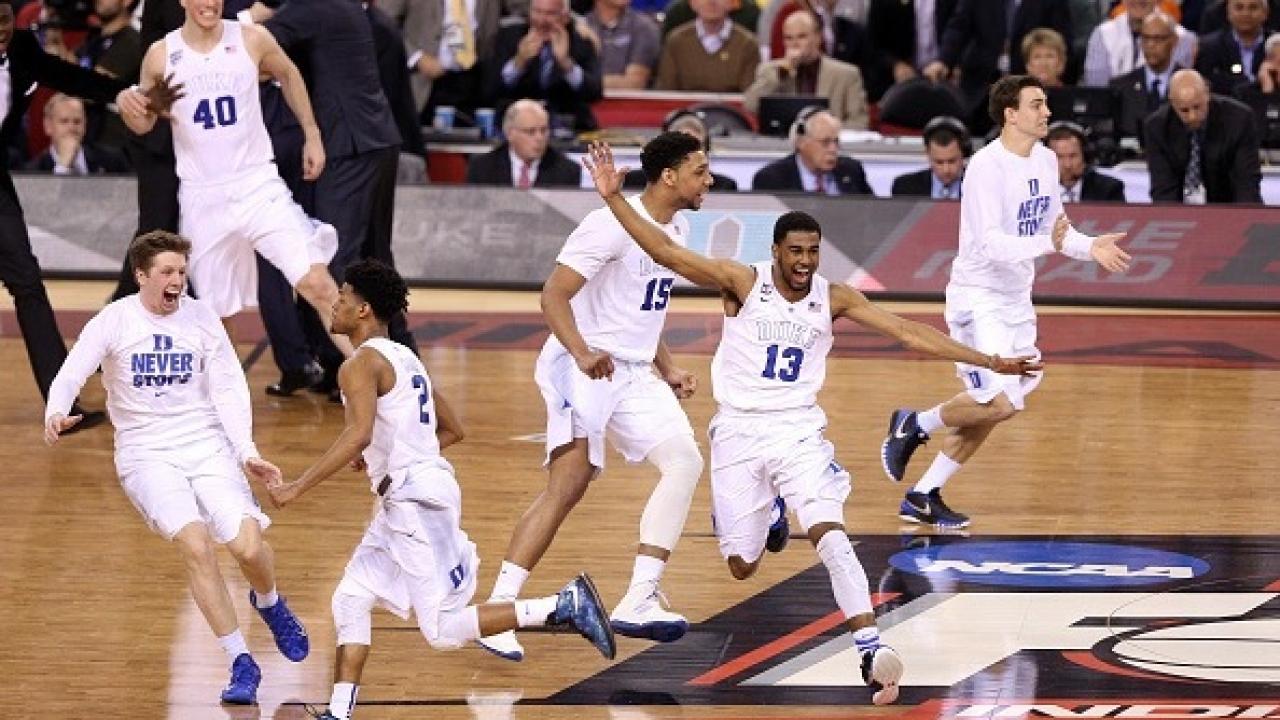 So it’s official. One Shining Moment will be entirely in One Lucky State. This we now know about the NCAA tournament: It’s going to all be in Indiana, and it’s going to be one-of-a-kind memorable.

“Indiana was made for this moment,” the governor, Eric Holcomb, was saying Monday.

Good thing someone is. For this will not just be any old garden variety March Madness, but an unprecedented event of intrigue and uncertainty and drama and logistics and bridges never crossed before, roads never traveled and…well, you could go on all day. Via Monday’s statement, from NCAA senior vice president of basketball Dan Gavitt: “This is going to be complicated and difficult, there’s no question about that.”

It already is, of course. Just look at the regular season trying to even get to the tournament. There were 32 games cancelled or postponed last Saturday alone. That includes Duke, where Mike Krzyzewski is in quarantine after a COVID-19 exposure. As of Monday, the Blue Devils had played once in 27 days. South Carolina just had its first game in 28 days. Villanova has not been seen since before Christmas. San Jose State is playing its home games 700 miles away in Phoenix, because of COVID-19 restrictions back in California. In the Northeast Conference, Bryant has gotten in nine games so far, Merrimack has played none. The Ivy League has already turned out the lights for good, and one fortunate at-large team in March will owe its spot to that decision.

“We’re not naïve about how hard this is going to be,” NCAA president Mark Emmert said. “The pandemic is still very much alive, and it’s going to be in March, and we all get that.”

But at least now we know what the finish line is supposed to look like. And that’s important, since last season ended in silence and darkness, and that can’t happen again, for a lot of reasons. “It was an incredibly painful thing to do,” Emmert said of scrubbing the 2020 tournament. “This year we want to make sure we deliver on the promise of March Madness.”

The tournament’s bottomless supply of unique moments is the pillar of its charm. But here is a new level of uniqueness; something to be experienced, no matter who wins or loses or how, just because we have never seen it before and will never see it again.

“Today, we embark on a journey that’s never been done before,” said Quinn Buckner, a guard for Indiana’s 1976 unbeaten national champions and co-chair of the Indy Final Four organizing committee.

Imagine it is March in Indiana.

But never anything like this. Never segmented into multiple basketball courts, where an entire tournament can be game-planned within its walls, and where teams can watch film and eat and meet in safe seclusion.

DON’T MISS: What’s going on in college basketball today we couldn’t have imagined the first day of 2020

There will be games four blocks south of the state capitol, at Lucas Oil Stadium. And on the east edge of downtown at Bankers Life Fieldhouse. Games six miles up the road at Hinkle Fieldhouse on Butler’s campus, which is 11 years older than the NCAA tournament itself, and hosted its last tournament games 81 years ago. Also, at the state fairgrounds and Indiana Farmers Coliseum, where 58 years ago, 74 people died after an explosion during an ice show from a propane leak at a concession stand.

There’ll be first-round games at Purdue, where John Wooden got a degree in English. And at Indiana University, where 50 years ago this March, a young and earnest coach named Bob Knight was hired.

It won’t exactly be like the famed NBA bubble — not with 68 teams in a major city, playing in scattered venues. “We’re not going to be able to create that, but we will come incredibly close to that,” Gavitt said. “And we will create an environment that our teams are operating in right now, which is very controlled.

“It will take some sacrifices certainly from the teams that participate, but they’re participating in those kind of sacrificial ways right now.”

A good thing Indianapolis is a veteran at hosting complex events, with the infrastructure in place. The city once hosted the Pan-American Games and had to keep the Cuban teams and anti-Castro exiles apart. You think the First Four is complicated? It also helps that Indiana’s beating heart is a bouncing basketball. “Indy quite literally was made for this moment,” said Ryan Vaughn, president of the Indiana Sports Corp, repeating the local mantra.

Indianapolis was supposed to host the Final Four anyway — its eighth — and as Gavitt said, “where it ended seemed to be the best place to consider where it should start.” The city has already put on 97 tournament games, fifth on the NCAA list, so what’s another 67? As Mayor Joe Hogsett mentioned Monday, “When the 2021 tournament ends, Indianapolis will be No. 1.”

So the behind-the-scenes detail work picked up momentum the past seven weeks. More than 2,500 hotel rooms had to be secured, other events moved, facilities arranged, and the medical people brought on board. Tens of thousands of masks are now ready. “It was not an insignificant challenge to overcome,” Vaughn said. “We anticipated playing three college basketball games (the Final Four). Now we’re playing 67.”

Meanwhile, Indianapolis and the NCAA have been studying the NBA, the NHL, Major League Baseball, anywhere that has tried to put on events through a pandemic. “We’ve had the benefit of seeing what works,” Gavitt said, “and what doesn’t work.”

Families will get into the games, but fans in general? Nobody knows yet. It could be a tournament with testing, but no tubas. Masked faces on the floor, but no painted faces in the stands. Still, what’s vital is that it be played at all, and they found a good place to do it. If one state had to hit the hoops jackpot, it might as well be Indiana.

“Basketball is not just another sport here,” Holcolmb said. “It’s who we are, it’s in our blood, it’s in our DNA.”

By the way, know where the Division II championship is already scheduled? Evansville. Division III? Fort Wayne. The road to the Final Four this season — all Final Fours — will be Interstate 69.

“Today, we make history,” Buckner said. What a month it should be in Indiana, something for a state to never forget. And no one else in college basketball, either.