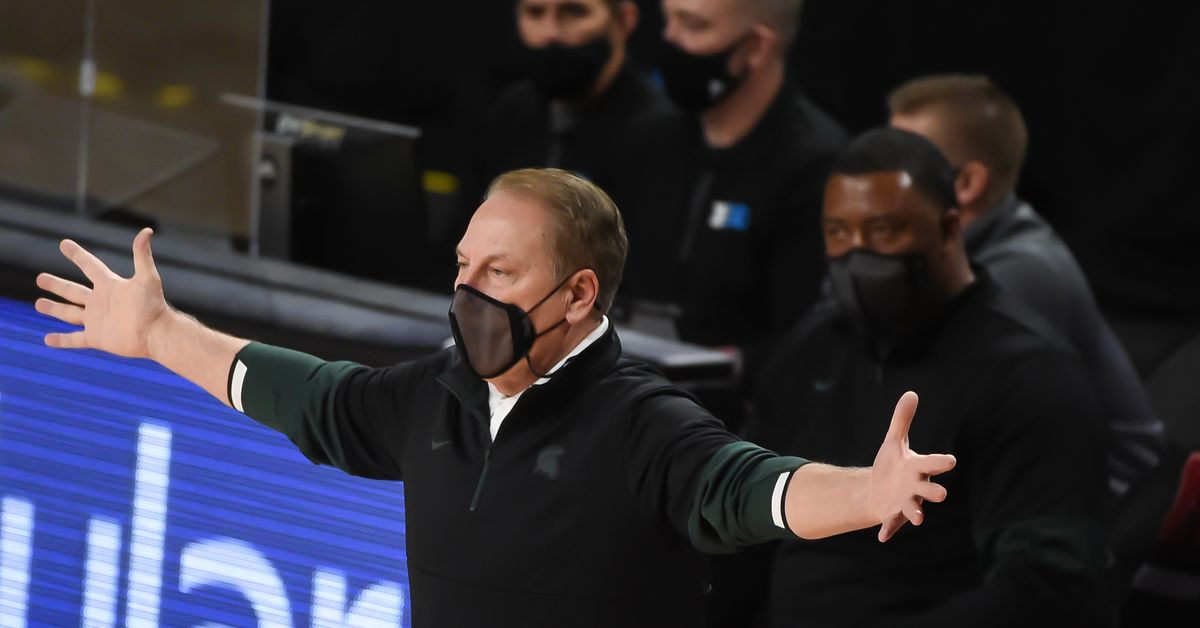 Iowa was scheduled to play host to Michigan State on Thursday evening. The Spartans, who were scheduled to depart for Iowa City on Wednesday, instead stayed home. That game has now been postponed due to COVID-19.

Thursday’s Big Ten game between MSU & Iowa is being postponed as mutually agreed upon out of an abundance of caution surrounding the health and safety of the participants.

The institutions will work with the Conference to identify rescheduling options. pic.twitter.com/3o8ydJenUv

While the wording of the announcement is rather vague and is sure to not point any fingers, it’s clear the reason for the postponement has nothing to do with Iowa. Prior to the official release, worry began to build that such a delay may be forthcoming.

Head coach Tom Izzo, who tested positive for COVID-19 back in November, saw his son Stephen Izzo test positive for the virus this week. He, along with Mady Sissoko, were set to miss the game and not travel with the team when MSU had another positive test Wednesday afternoon.

While Michigan State was technically under the Big Ten’s threshold in terms of positivity rate to continue playing, the positive test just a day before the game left open the possibility of more cases in the coming days. Hence the phrasing, “out of an abundance of caution.”

The postponement is no doubt frustrating for Iowa fans as the Hawkeyes are on a roll. Iowa has won four in a row and is yet to lose in the month of January. Michigan State, on the other hand, has lost four of their last six in one of the worst starts to the Big Ten season in the Tom Izzo era. This is a Spartan club that looks very beatable for an Iowa team looking to continue building a resume for March. Now, that resume building will have to wait.

As of yet, there has been no public communication regarding potential dates for rescheduling the matchup. A quick look at the remaining schedules indicates it could be tough to find a date agreeable for both parties. Michigan State has no weekday games slated next week, which could be a possibility. Iowa, however, is scheduled to take on Indiana on Thursday. Trying to fit the game in on, say, Tuesday the 19th would mean Iowa would be playing four games between Sunday the 17th and Sunday the 24th. It’s doable, but certainly not preferable for a team vying for a conference title and a 1 seed on the NCAA Tournament.

On the flip side, Iowa’s “open” week falls in late February. The Hawkeyes host Penn State on Sunday February 21st and then don’t play again until traveling to Ohio State the following Sunday, the 28th. However, Michigan State is in a similar boat to Iowa in late January. The Spartans travel to Indiana on Saturday the 20th before hosting Ohio State on Thursday February 25th. Squeezing a matchup in on Tuesday February 23rd would again be doable, but would have Michigan State playing four games in eight days, three of which would be on the road.

There are, of course, myriad other options that are more complex and involve moving multiple games around. However, given the volume of games now being postponed (three other Big Ten games have already been postponed this week alone), a schedule shuffle for the entire conference seems likely.

Iowa is still set to travel to Evanston to take on Northwestern at 8pm CT this Sunday. The Hawkeyes are currently scheduled to travel to Michigan State on Saturday, February 23rd.