No. 21 Gophers basketball stopped cold in 71-59 loss at No. 6 Wisconsin – Minneapolis Star Tribune 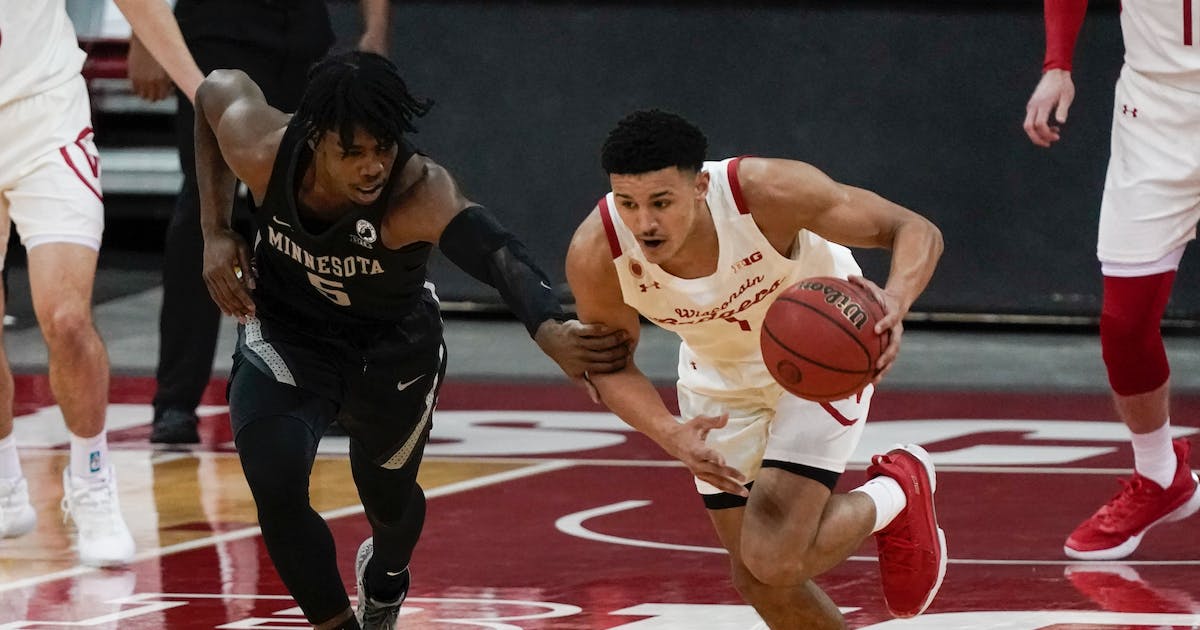 MADISON, WIS. – Playing college basketball during the pandemic in near empty arenas zaps the energy and atmosphere from home courts across the country, but it’s still difficult to play on the road.

Just ask the Gophers men’s basketball team that looked like a Big Ten contender in impressive home wins against nationally ranked Iowa and Michigan State, only to fall flat for the second straight road game.

The No. 21 Gophers thought they turned a corner from an earlier loss away from home to open Big Ten play, but they saw their three-game winning streak stopped by an awfully familiar atrocious shooting performance in a 71-59 loss Thursday at No. 6 Wisconsin.

“It’s been a trend,” Gophers senior forward Brandon Johnson said about the road woes. “That’s what I kind of feared with us going on the road. Because it’s a different environment.”

The Badgers (9-2, 3-1) held the Gophers to a season-low 22 points in the first half. Richard Pitino’s players looked disinterested in reversing the ball for open shots. They also struggled to finish against contact.

It was eerily similar when the Illini forced the Gophers to take jump shots and clamped down on the U’s standout guard Marcus Carr earlier this season. In two road losses, Carr has shot 3-for-13 from the field in both games, scoring a season-low 10 points Thursday.

“We’re not accustomed to the rims or something as small as the basketball change,” Johnson said. “That shouldn’t change how our mentality is going into the game. That’s something we let up on for sure.”

Pitino’s team had come a long way toward building an identity since Illinois. But the veteran Badgers were determined to not suffer another letdown after their 10-game Big Ten winning streak stopped Monday against Maryland at home.

Wisconsin seniors Micah Potter, Aleem Ford and D’Mitrik Trice had 46 points combined. After leading 29-22 at halftime, Wisconsin opened the second half with a 30-12 run and made 13 of its first 17 shots.

Gabe Kalscheur, who had 12 of his 15 points in the first half, was really the lone bright spot for the Gophers offensively.

“We’re not used to playing at Wisconsin or on away-game rims,” Kalscheur said. “It’s weird getting used to it, but I wouldn’t make that an excuse for today’s performance.”

Liam Robbins finished with 12 points, but Minnesota’s 7-foot center didn’t score his first basket until two minutes into the second half to get his team within 33-24. That’s when the game got away from the Gophers.

Potter, who had 18 points and 11 rebounds, threw down an emphatic two-handed dunk to cap a 7-0 run for a 45-27 Wisconsin lead at 14:40 left. Lakeville native Nate Reuvers muscled in a basket plus the foul and converted a three-point play to make it 60-34 near the eight-minute mark.

The Gophers outscored Michigan State 40-16 in points in the paint in a 81-56 win Monday, but it was flipped Thursday with Wisconsin dominant inside, 40-18.

Free throws and transition baskets helped the Gophers have offensive success in wins vs. St. Louis, Iowa, and Michigan State. They averaged 16 fast-break points in those victories — and entered Thursday leading the nation with 22.7 free throws made per game. They were held to just three fast-break points and 12 made free throws against Wisconsin.

Coming off their best defensive performance of the Pitino era (holding Michigan State to 25.7% shooting), the Gophers also allowed Wisconsin to shoot 51%, including 65% in the second half.

Pitino dismissed the home-court advantage excuse, but the Badgers have only lost twice ever at the Kohl Center in the Border Battle in 20 games.