Offseason Schedule Right Around the Corner for LSU Football… 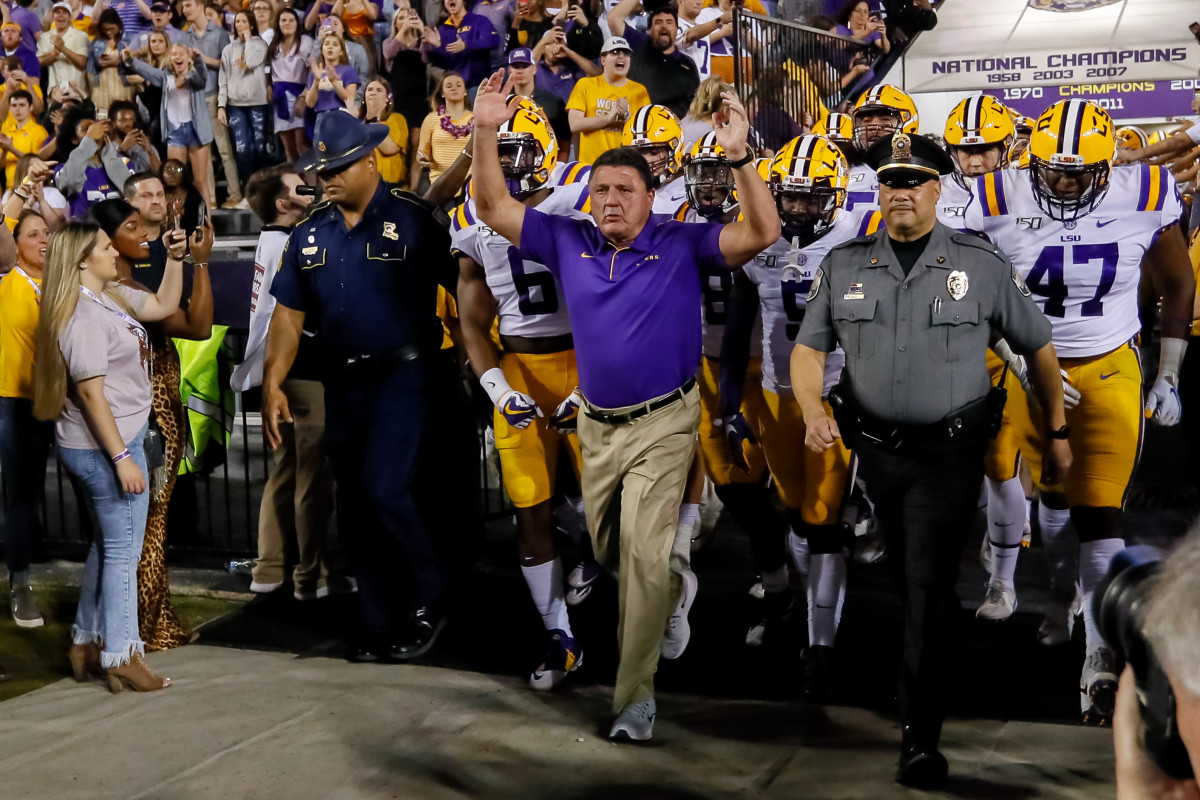 It may be just the beginning of the 2021 year but LSU football is already gearing up for a loaded offseason of work. Ed Orgeron and the Tigers are set to welcome a host of early enrollees to the program this weekend and team meetings are expected to start taking place as early as Jan. 11.

For Orgeron, this is a welcomed start to the new year as the Tigers will not only meet with these new faces and their parents but seven veteran returning players will also be back with the program.

“The guys are gonna come in, we start class, I’ve gotta new staff, gotta put in a new offense, a new defense and then in two weeks we start football school,” Orgeron said. “We start practicing without pads, we have fourth quarter coming up.”

Among the early enrollee freshmen who are set to get to campus this weekend are quarterback Garrett Nussmeier and defensive lineman Maason Smith, who will also be rooming with one another during their freshman seasons. Nussmeier told LSUCountry recently that he looks forward to finally getting to college and start learning the college game while recovering from a broken bone on his non-throwing hand.

“I’m really excited to get the feel of college football,” Nussmeier said. “I’m a kid who loves the grind so getting to go to practice, come home, go to meetings, go home, go lift, that’s exciting to me and I’m really looking forward to it.”

As for the offseason schedule, with football school right around the corner, Orgeron told Off the Bench on Tuesday that he’d ideally like to have most of the open positions on staff filled before team meetings start on Jan. 11 but also realizes that could be “wishful thinking.”

The Tigers are set to interview Marcus Freeman later this week and just wrapped up interviews with Jake Peetz and DJ Mangas for the offensive coordinator and passing game coordinator positions. Surely Orgeron will want these decisions in place by the time the Tigers start football school in a few weeks.

Football school consists of team meetings and some on field workouts that don’t involve a ball. It’s more of a way for the players to visually understand what the coaching staff will be asking of them as opposed to just studying the playbook.

“We’re finding the right fit and knowing exactly what we want on offense and defense,” Orgeron said of the coaching decisions Tuesday on Off the Bench. “We have done a lot of research, there are many great candidates, I’ve got two guys coming in today, my top guy on defense will be in on Thursday and see where that goes. Hopefully we can end it there.”