Ohio State Buckeyes on track to play in College… 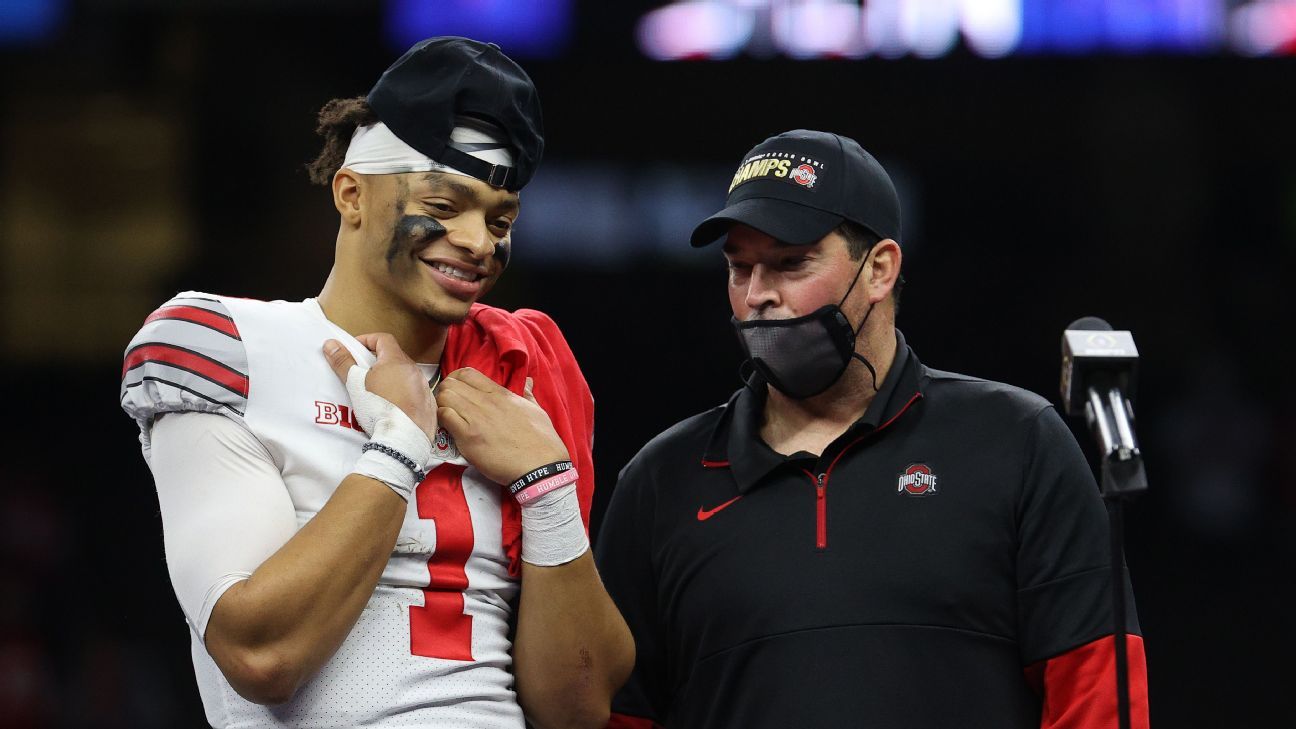 Ohio State coach Ryan Day said Thursday that his team is on track to play in the College Football Playoff National Championship against No. 1 Alabama on Monday, despite ongoing coronavirus issues.

In his first comments since reports earlier in the week that there were discussions about possibly delaying the game, Day said the Buckeyes would have “plenty of players” available without providing specific numbers or player updates.

Ohio State has dealt with coronavirus issues going back to late November, when it canceled a game against Illinois, and has played multiple games without key starters — including the College Football Playoff semifinal against Clemson.

Day also had the coronavirus and missed the Michigan State game Dec. 5.

“Any time you deal with that, and lose people, it is a gut punch,” Day said. “But it’s not something we’re not used to. We’ve had starters all over the place down. We’ve just found ways to work through it. You can feel sorry for yourself, or you can continue to work on and push through it. For us, that’s why the story about this season is so amazing to me. We continue to push through despite all these difficult challenges along the way, and [it’s] no different this week. We got a new set of challenges this week. We’re going to have to figure it out, go down to Miami and play.”

Quarterback Justin Fields, dealing with an injury he suffered against Clemson when he took a hard hit to his side, said he would be ready Monday as well. Though Day and Fields have not disclosed the nature of the injury, Fields did clarify some postgame comments he made about the way the team trainers and doctor approached his return to the Clemson game. Fields said afterward, “They didn’t really tell me anything. I took a shot or two and just ran back out there.”

On Thursday, Fields said, “I just want to make one thing clear: My full trust is in the trainers here at Ohio State. I wasn’t hesitant on taking anything they would give me. I was trying to do whatever I could do to get on the field. They did a full analysis of my injury, and they did what they thought was best. I’ll be good Monday night.”