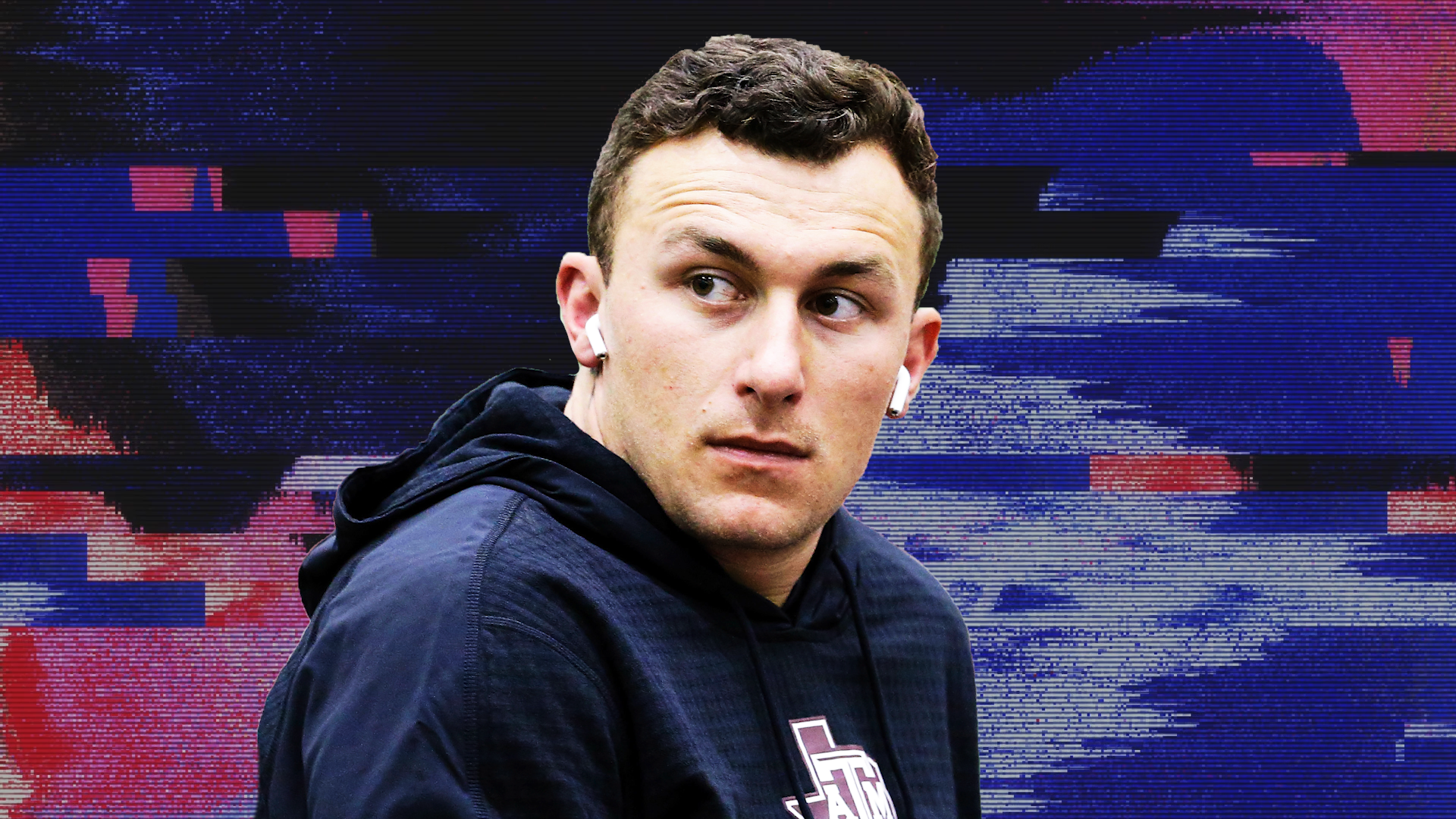 Johnny Manziel opens up about his life, career and future

SportsPulse: Johnny Manziel told USA TODAY Sports that he would not consider an NFL return even if he were offered the chance.

The Alliance of American Football is dead.

The XFL is hurting and on hiatus.

So as spring approaches, along comes the latest football venture — the Fan Controlled Football (FCF) league.

“We’re building something new and fresh and different, and we felt like if could break away from the mold, it would reset expectations,” Sohrob Farudi, CEO of the league. “So they could come up and say, ‘Hey, I’m not going to even compare it to what I watch on Sundays because this is a whole new sport.’ “

It’s certainly a departure from the NFL, AAF, XFL and any other acronym associated with football.

For starters, it’s 7-on-7 football, played on a 50-yard field, with the games lasting only an hour — two 20-minute halves, with the clock running until a score, and an eight-minute halftime intermission. There is a one-minute warning at the end of each half, after which the clocks stops following a first down or an incompletion and restarts after the ensuring snap.

The big catch: fans will calls the plays while the games are live streamed on Twitch.

It can happen one of two ways: on Twitch, an FCF account provides access to an interactive overlay that allows one to call plays; or it can be done by phone on the Fan Controlled Football app.

On each option, fans will be able to call for a run or a pass, with four diagrammed runs or four diagrammed passes. Fans will see the plays before they are run, while the calls are relayed from a coach in the booth to the offensive players through a helmet communication system.

‘THIS ISN’T ME TRYING TO BE A COMEBACK:’ Johnny Manziel returns with new and unusual league

The FCF’s six-week season kicks off Saturday and the featured player is 2012 Heisman Trophy-winner Johnny Manziel, who will start at quarterback for the Zappers in the four-team league headquartered at in Duluth, Georgia, about 20 miles outside of Atlanta.

Games will be played at Infinite Energy Arena, which is home to a minor league hockey team and a professional box lacrosse team.

“I don’t know if everybody’s going to understand it,” Manziel told USA TODAY Sports. “I don’t know if your traditional, old-school NFL kind of fan is really going to get it. But I think the younger generation will have some fun with it.”

The target audience for the FCF is a football fan who is a video gamer and fantasy football devotee, said Farudi, 43. He said he’d like to appeal to gamblers and fathers and their young children who typically prefer to play video games rather than watch football.

In the FCF, fans have been given an opportunity to buy equity in the teams, with $260,000 set aside and each teams valued at $7.5 million, said Farudi. Celebrity owners include retired NFL star Marshall Lynch, San Francisco 49ers quarterback Richard Sherman, rapper Quavo and two-time WNBA champion Renee Montgomery — all helping driving visibility of the league.

But Jeremy Liew, a partner at Lightspeed venture capital group that invested in FCF, said success will hinge on something else.

“I think the big question is going to be how good is the football?” Liew said. “We’re going to find that out pretty soon and it’s certainly a great sign that we’ve got guys like Johnny Manziel playing.

There has been a trial run.

Farudi led a group that bought a team in the Indoor Football League and in 2017 allowed fans to pick the team’s home city (Salt Lake City, Utah), the players (some off of YouTube tapes) along with coach. And, of course, fans picked the plays.

But as one of 10 teams in an otherwise traditional league, Farudi said, the group left and set out to create its own league. Thus, Fan Controlled Football.

Touting a more efficient business model than the ones used by the AAF and XFL, the FCF may boost its chance for successful thanks to:

► The “league-in-a-box model,’’ with everything headquartered at one site, eliminates the need for travel and the need for separate stadiums for each of the teams.

► The FCF needs only one sales and marketing team, only one coach for each of the positions (each player at the same position will practice with the same coach, one playbook and one head coach (John Jenkins, who coached 1989 Heisman Trophy winner Andre Ware at Houston.)

The commissioner is Ray Austin, who played in the NFL from 1997 to 1999, and screened all of the FCF’s players.

“We’ve got legit players that played in the XFL,” he said.

Of the XFL and AAF, Farudi said, “We all thought they’d fail before they stepped on they even field. It comes down to trying to compete with the NFL at their own game. The NFL itself has 32 teams and 22 of them are looking for a starting quarterback. So if you think playing the 11-on-11 outdoor game, you need that QB to be the driver of the league, and the best 100 of the are already taken in the NFL.

“Look, Lamar Jackson, Russell Wilson, Kyler Murray, some of these guys could come in and be dynamic in our game. But Ben Roethlisberger, it’d probably not be a game he’d be really good at. It’s just a totally different style of football. We wanted to go change the player pool for ourselves so we didn’t have to compete at that level at quarterback and also quite frankly we did’t want to be compared it the outdoor game.’’

He threw for 2,899 yards and 23 touchdowns with 19 interceptions. The other day, he noted, he met another one of the starting quarterbacks.

“It was like, ‘Oh shoot, this is really Johnny Manziel, superstar,’ ” Pindell said.

They are not all superstars

Of the talent, Pindell said, “It’s not bad. Everybody’s played at different levels. So it’s a mixture of experienced guys and dudes who are fresh out of college, I would say. The competition is very high.”

In a sense, the FCF will be facing its own competition —  that being the XFL, AAF and legacy of other football leagues that have come and gone.

“To me this is that next evolution of the fan experience,’’ Farudi said. “I don’t think any of us had an ah-hah or light-bulb moment.

“I think we all just felt like it was time. it was the time for fans to get involved in sports in this way.”