Some NFL players are learning to chase their interests… 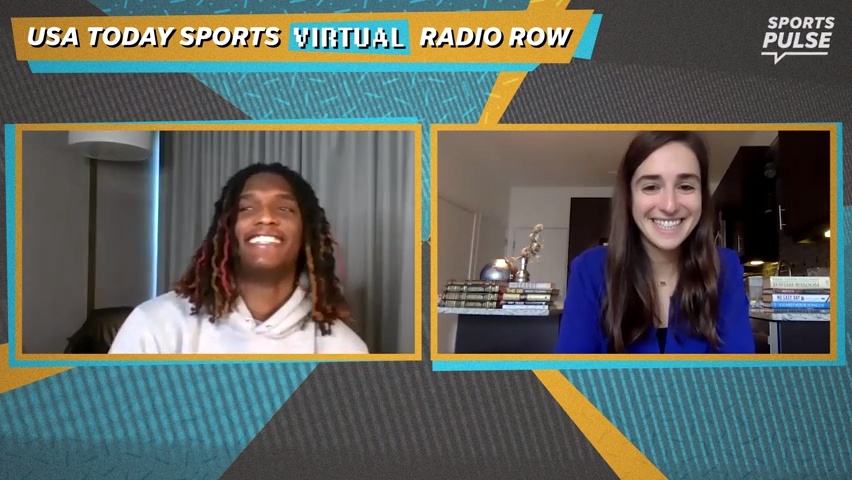 Football, Chase Winovich says, “is the fuel source itself.”

The Patriots defensive end takes seriously the time and commitment his NFL career requires. But if football fuels opportunities on and off the field, consider Winovich a proponent of a balanced diet.

“I honestly think it’s healthier,” he told USA TODAY Sports by phone of his decision to launch a production company during his playing career. “My youth, energy and passion (can) funnel toward something that’s kind of flexing a different part of my brain that I believe football doesn’t capture.

The NFL Players Association delivered a concurrent message Tuesday in the organization’s third annual #AthleteAnd workshop. Ninety-eight professional athletes representing leagues including the NFL, WNBA, MLS and NWSL gathered virtually for professional development, networking and perspective on how to chase their passions beyond sports – even before the end of their athletic careers are in sight.

“I remember very early on, a GM definitely had a conversation like, ‘As soon as you start thinking about anything out of football, you’re already out of the game,’” Thomas told USA TODAY Sports by phone. “I’m like, ‘Bro, I’ve got all type of other passions I want to do.’”

NFL brothers Sam and Emmanuel Acho, each a published author and philanthropist, discussed how players could use their platforms for good. Speed dating-like workshops featured tips on building a LinkedIn presence, maximizing public speaking opportunities and strategizing brand growth.

How best to ensure social media accounts are active and fun to follow? How best to attract endorsement deals that mesh with athletes’ interests and hobbies? Winovich listened closely as he considered how to incorporate the advice toward House 17, the production company he co-founded.

He now dabbles in creative oversight and business development, both starring in and creating content. A catchy reminder from Opendorse CEO Blake Lawrence resonated: “If you chase engagement, you gain followers. But if you chase followers, you lose engagement.”

“Maybe it’s because it has the name ‘chase,’” he joked. “But I thought that was pretty profound and relatively simplistic. For whatever reason, that stuck with what I currently have going on.”

Athletes exchanged contact information and connected on LinkedIn to compare interests and pool networks. Thomas thought about his Capitol Hill externships with Texas Rep. Sheila Jackson Lee, his youth football camp that has expanded to included SAT prep and financial literacy courses. Add social justice and entrepreneurial endeavors, and he believes his off-field vision is “really all starting to come together.” How did other athletes find that clarity, he wondered?

“Really just to connect with a bunch of other athletes. I love the fact that WNBA was included as well.”

Opportunity to be authentic

Each player in the virtual #AthleteAnd room had an on-field or on-court resume. Thomas has played in 97 NFL games, amassing 313 tackles, three interceptions and three forced fumbles. Winovich is coming off his second season in New England, a campaign that featured 5.5 sacks and 48 tackles. But that’s the athlete in them, NFLPA executive director DeMaurice Smith reiterated. How about the “And”?

Winovich said he hears from people who think his pursuits can’t coexist, but he disagrees. He sees skeptics as part of an often-toxic social media landscape that he wants to change. His goal for his production company: Reimagine content so it stems from a place of love and respect rather than fear.

“These are the things I’ve thought about that help me cope with thinking differently and thinking outside the box,” Winovich said. “I’ve always felt like my whole life I’ve been shoved and poked and prodded into that box, whereas our gifts are different. What we can contribute to humanity makes us special.”