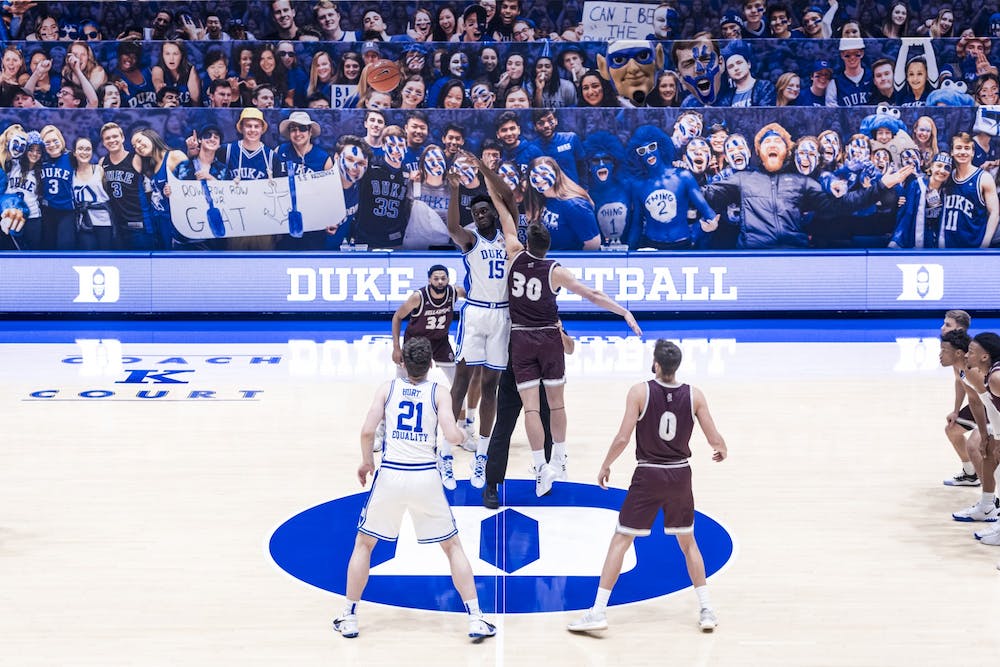 While Wednesday night offered up one of the most impressive victories of the season for the Blue Devils, their season got shut down in heartbreaking fashion Thursday morning.

Less than eight hours before Duke was set to get things started against Florida State in the ACC tournament quarterfinals, the program announced that it would not compete in the rest of the conference tournament due to a member of the team’s Tier 1 personnel testing positive for COVID-19.

Athletic director Kevin White added that this will officially mark the end of the team’s 2020-21 campaign.

Obviously, the news was stunning for the Blue Devils, and many players expressed their disappointment via social media.

Worked so hard for this.?

Get Overtime, all Duke athletics

Signup for our editorially curated, weekly newsletter. Cancel at any time.

Even Nolan Smith, Duke’s director of operations and player development, lamented the news.

It’s unknown whether Duke would have made enough of a push the rest of the week in Greensboro, N.C., to secure an NCAA tournament bid. The Blue Devils were part of ESPN analyst Joe Lunardi’s “Next Four Out” heading into Thursday’s slate of conference tournament action, but a win over the Seminoles may have been enough to secure an at-large bid for Duke.