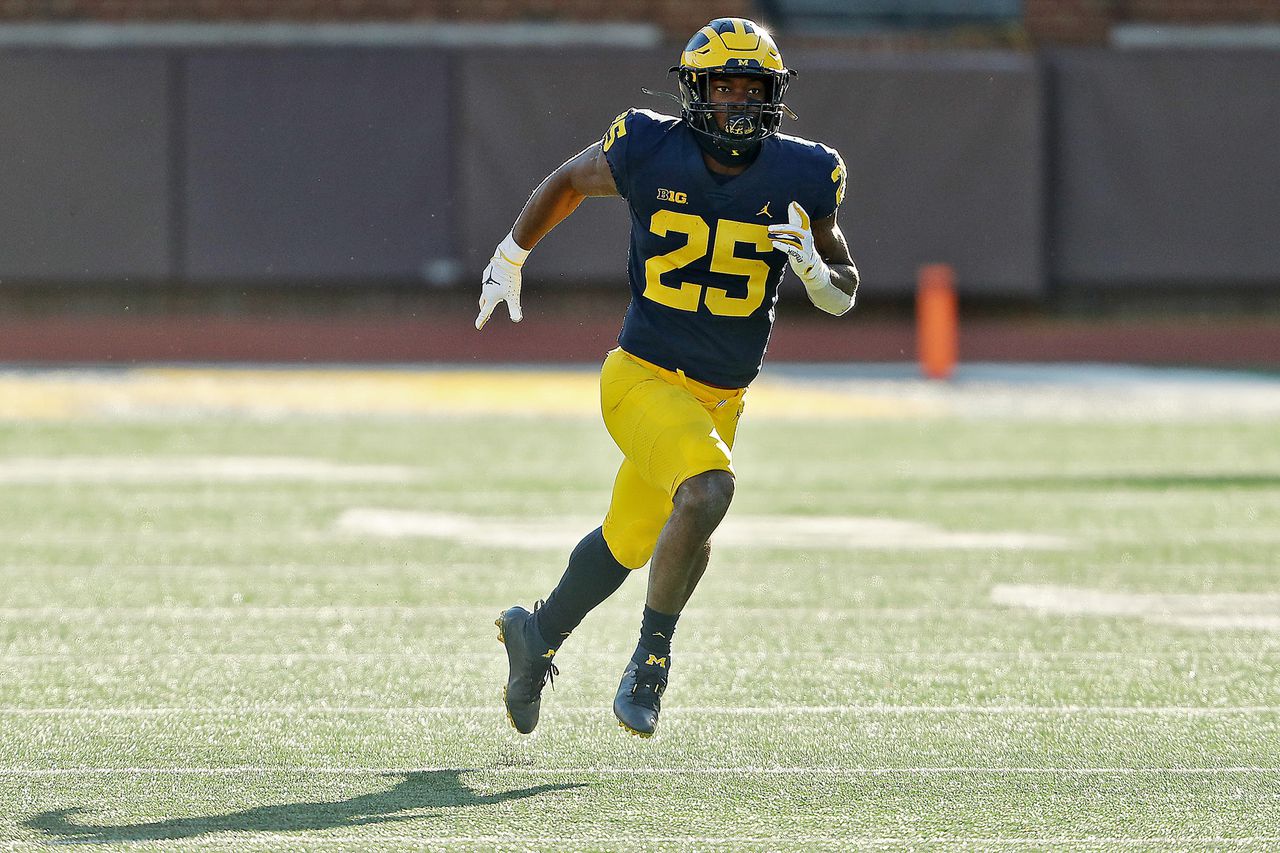 Gone is the 2020 season in which the Wolverines allowed 34.5 points per game and finished with their lowest win total (2-4) since 1962, albeit in a COVID-19 pandemic-shortened year.

A new-look staff, players say, has reinvigorate the program as Michigan turns over a new leaf entering week two of its 15-practice spring schedule.

“New Year came, new opportunities came,” senior safety Brad Hawkins said told reporters Tuesday. “As a football player, you got to have a short-term memory, because if you get scored on, you can’t keep dwelling on it. So for all of us, just short-term memory,  moving on from what happened. Of course, last year wasn’t good all around. We’re just trying to better ourselves as a team and just continue to get better 1% every single day.”

Last year was especially frustrating for defensive end Aidan Hutchinson, who was 19-7 in his first two seasons at Michigan. The 2019 all-Big Ten third-team honoree suffered a fracture in his right ankle Week 3 against Indiana and saw the team’s defensive unit struggle the rest of the year.

Hutchinson believes the Wolverines can have a bounce-back season, and it starts with “resetting” the culture.

“We had a disappointing season last year, so just want to get back to our usual 10-11 win seasons and, hopefully, continue to get better,” Hutchinson said. “Just progressively get better every single year in terms of our record, in terms of our team.”

After a promising start with a road victory over Minnesota, Michigan lost four of its last five games and needed overtime to beat Rutgers. It lost several key players to injuries and had its final three games canceled because of COVID-19 issues within the program.

With six new assistants on staff – all under the age of 40 – Hutchinson is encouraged by what he has seen so far this spring.

“Everyone in this building, every single coach is kind of ecstatic, and you can kind of feel that high energy in practice,” Hutchinson said. “In practice, I’ve seen some energy, some things I’ve never seen these past three years being on this team. Just those little things that you can tell that guys just want to play ball and guys are just fired up, whether that be the new coaches, whether that be they just love football, but you could tell in practice that there’s a different type of energy around Schembechler.”

Get Wolverine Confidential texts straight to your phone from our Michigan football writers. Cut through the clutter of social media and communicate directly with our beat reporters, just like you would with your friends. Sign up for insight on the Wolverines for $4.99 a month (with a 60-day free trial) by texting 734-215-6605.