The Mountain West might have a basketball problem on… 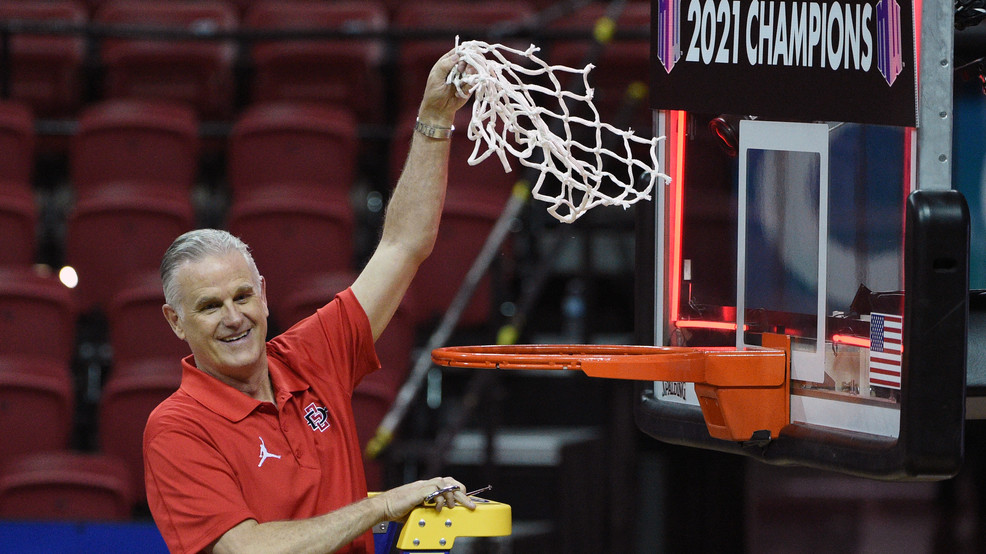 When I wrote a profile on Mountain West commissioner Craig Thompson in 2017, I asked him what had to happen to get the conference back to where it was a few years prior, that being a regular in a BCS/New Year’s Six bowl in football while sending three-plus basketball teams into the NCAA Tournament on an annual basis.

His answer was pretty simple: continuity. He said the key was keeping the presidents, athletic directors, and most importantly, the coaches in the MW in the conference. That’s a difficult job for any non-power-conference program that has success. Nevada basketball is a good example. The Wolf Pack has seen Mark Fox, Trent Johnson and Eric Musselman chase greener power-conference pastures in recent years, each time requiring a reboot of sorts.

Since 2000, the Mountain West has had 51 basketball coaches, so the turnover has been sizable. But things were looking up in basketball a week ago. At that stage, the MW was slotted to potentially have four teams in the NCAA Tournament in San Diego State, Colorado State, Utah State and Boise State. The conference tournament wasn’t favorable to the league, with only two of those schools — SDSU and Utah State — making the 68-team bracket. It marked the sixth straight season the MW has had two bids or fewer. In the six years before that, the MW had at least three bids five times, including one season with five teams and two more with four schools getting in.

Part of that run was pre-realignment when Utah, BYU and TCU were in the conference, but the MW appeared headed back to three-plus teams in the Big Dance, which is a big deal considering every game a team plays in the NCAA Tournament rakes in about $1.7 million for its league, and the MW’s tournament units have been dwindling in recent seasons.

What’s the best way to ensure you can keep good coaches long term? Money. What’s one of the best ways for a conference to make money? Compiling NCAA Tournament units.

The question now is whether the MW can keep its current set of coaches in place. That’s going to be difficult to do. UNLV’s T.J. Otzelberger is reportedly headed to Iowa State, forcing the Rebels into another reboot. UNLV hasn’t made an NCAA Tournament since 2013 and hasn’t made the MW Tournament semifinals since 2014. That’s mind-bogglingly mediocre for a program that fancies itself a national brand.

UNLV might be able to take Otzelberger’s roughly $3 million buyout and upgrade coaches. I was never sold on the hire in the first place and Otzelberger’s record at UNLV is below-.500 at 29-30. The roster is in a worse place now than what he inherited from Marvin Menzies two years ago. But the constant churn at UNLV has been a big issue for the MW getting back to being a three-plus-bid league.

Beyond Otzelberger’s apparent exit, the next couple of weeks will be crucial for the MW because the Minnesota and Utah jobs are currently open. SDSU’s Dutcher is a top candidate at Minnesota. It’s his alma mater and his dad was the Gophers’ head coach from 1975-85. Utah State’s Smith also is a Minnesota native and should be in the mix for the Gophers’ job and the Utah gig, which opened Tuesday after Larry Krystkowiak was fired. Colorado State’s Medved is a Minnesota native and alum, too. He’ll be in consideration for the Gophers and Utes gig.

It’s flattering when coaches in your league are being pursued by power-conference schools, but it’s not great when you lose those coaches to those leagues. It’s actually been rare for the MW to lose basketball coaches to power-conference schools. Since the league formed in 1999, only five guys who coached a game in the league advanced to power conferences from their MW post, those being Jeff Bzdelik to Colorado in 2007; Lon Kruger to Oklahoma in 2011; Tim Miles to Nebraska in 2012; Steve Alford to UCLA in 2013; and Eric Musselman to Arkansas in 2019. (Chris Beard also went from UNLV to Texas Tech in 2016 after two weeks with the Rebels.)

With Otzelberger off to Iowa State and Dutcher, Smith and Medved in the mix at Minnesota and Utah, there’s the potential for three such defections this offseason alone. That bring us back to start of this article — continuity. Minnesota and Utah could go in other directions. But if the MW does lose three coaches to the power five in addition to the two coaching jobs — at New Mexico and San Jose State — that already opened this offseason, that’s a lot of turnover, and not just among the conference’s bottom-rung programs.

Part of this is normal attrition in a Group of 5 conference. Look at MW football, where eight of the conference’s 12 coaches have been on the job for 15 months or less. But MW basketball was on the right path to getting back to being a three- or four-bid league. That could be in jeopardy if Minnesota and Utah pluck from the conference. The next couple of weeks will be crucial for the conference.

Washington Football Team: Recapping the first two days on offense – Riggo’s Rag
Buckeyes getting amped up for the start of spring football – The Ozone