UNC Basketball: Don’t Freak Out. Or: A Reminder of What North Carolina Basketball Is. – Sports Illustrated

UNC Basketball: Don’t Freak Out. Or: A Reminder of… 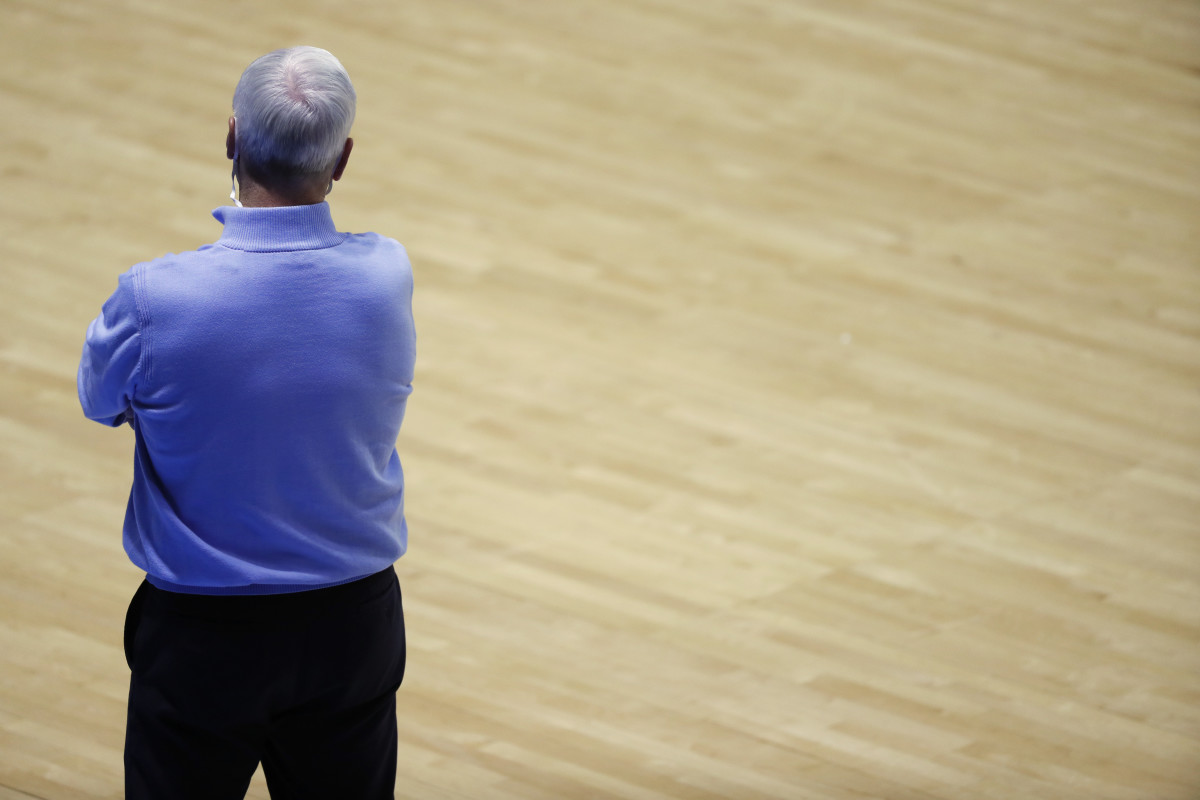 It’s been an admittedly rough last several days for North Carolina men’s basketball. The Tar Heels suffered a 23-point loss to Wisconsin in the First Round of the NCAA Tournament. It was notably the first time Roy Williams had ever lost in the Round of 64. To make matters worse, on Monday freshman center Walker Kessler announced he was entering his name in the NCAA Transfer Portal.

To sum up, the Sweet 16 is set. North Carolina is not in it. And one of the main student-athletes expected to help the Tar Heels get back to that point will not be part of next year’s roster.

Not to mention, on a bigger scale, it’s been a rough two years.

Last season’s on-court performance, injuries, and COVID-19 did a number on everyone.

In light of all that, I hereby declare that this level of bad news calls for a reset.

Let’s stop, take a deep breath, get out from amongst the weeds, and reflect.

Try this for starters:

In the four seasons prior to last year, the Tar Heels achieved three No. 1 seeds, one No. 2 seed, one Sweet 16, one National Runner-Up, and one National Championship. Come on, that’s INCREDIBLE.

Speaking of Sweet 16s, as I mentioned at the outset, no, Carolina is not in the 2021 Sweet 16. But to help with the “cleansing of our proverbial paletes”, let’s do some historical investigation to help remind us all of just who the North Carolina Tar Heels are.

Since it’s Sweet 16 week, let’s use some Sweet 16 data to help in our historical reminder. The modern NCAA Tournament format expanded to 64 teams in 1985, so we’ll use that year as a starting point. We could include data from years prior to 1985 but doing so changes what is required to make a Sweet 16 appearance. For example, North Carolina made the Sweet 16 in 1984, but only had to win one NCAA Tournament game to do so.

Including this season, there have been 36 NCAA Tournaments where the Sweet 16 was whittled down from a main field of 64 teams (2020 is the only year without). Yes, I acknowledge that First Four teams are a factor and those teams have to win three games to make the Sweet 16, but only five First Four teams (including UCLA this year) have been one of the final 16 teams.

Now we get to the meat and potatoes. This is why we are here: to be reminded of North Carolina’s consistent greatness in being one of the final 16 college baksetball teams standing. The current streaks are nice, but the historical streaks are better.

Here’s the long and short of it:

North Carolina is the only program in NCAA history to make the Sweet Sixteen 10 or more seasons in a row in which they had to win an NCAA Tournament game to advance to the final 16.

You can read between the lines, that’s a very carefully worded stat. The full reality is that two teams have Sweet 16 streaks of double-digits: UCLA and UNC. No one else. The Bruins and the Tar Heels. That’s the entire list.

Here’s why I didn’t include UCLA in that double-digit list:

As far as modern NCAA Tournament streaks, we also won’t count all 13 of Carolina’s years in their streak. The streak started four years before the expansion to 64 teams, so in an article where we are looking at modern Sweet 16 streaks, we can only count nine years of Carolina’s 13-year run (1985-1993).

With that in mind, let’s look at the longest Sweet 16 streaks of the modern NCAA Tournament era. We’ll use five years in a row as the cut-off point.

There are a whopping six different instances of a team making five or more Sweet 16s in a row. Six teams. That’s it. And even then, it’s only five different schools (Duke is on the list twice).

It’s exactly the team’s you would expect to see: North Carolina, Duke, Kansas, Kentucky, and Gonzaga.

You see Carolina’s dominanace right at the top. North Carolina and Duke are tied for the longest Sweet 16 streaks in modern NCAA Tournament history.

And though that streak was all in the Dean Smith era, Roy Williams and company have multiple multi-year Sweet 16 streaks, just no individual streak as long as Coach Smith (yet).

We’ve looked at Sweet 16 streaks, but what about overall Sweet 16s made?

Four different teams have made at least half (18) of those 36 Sweet 16s. It’s the same list, minus Gonzaga: Kansas, Kentucky, Duke, and North Carolina.

So there you have it. Yes, Carolina has fallen on some tough times the past two years, but you had better believe they will bounce back sooner rather than later. This has been proven time and time again.

Yes, losing Kessler hurts. Yes, losing in the First Round hurts. Yes, enduring a 14-19 season was frustrating. Don’t freak out. These Sweet 16 numbers show that Roy Williams and his staff know what they are doing and that they have earned the right to continue to move things in the right direction.

Send Isaac Schade an email to talk more about this article.