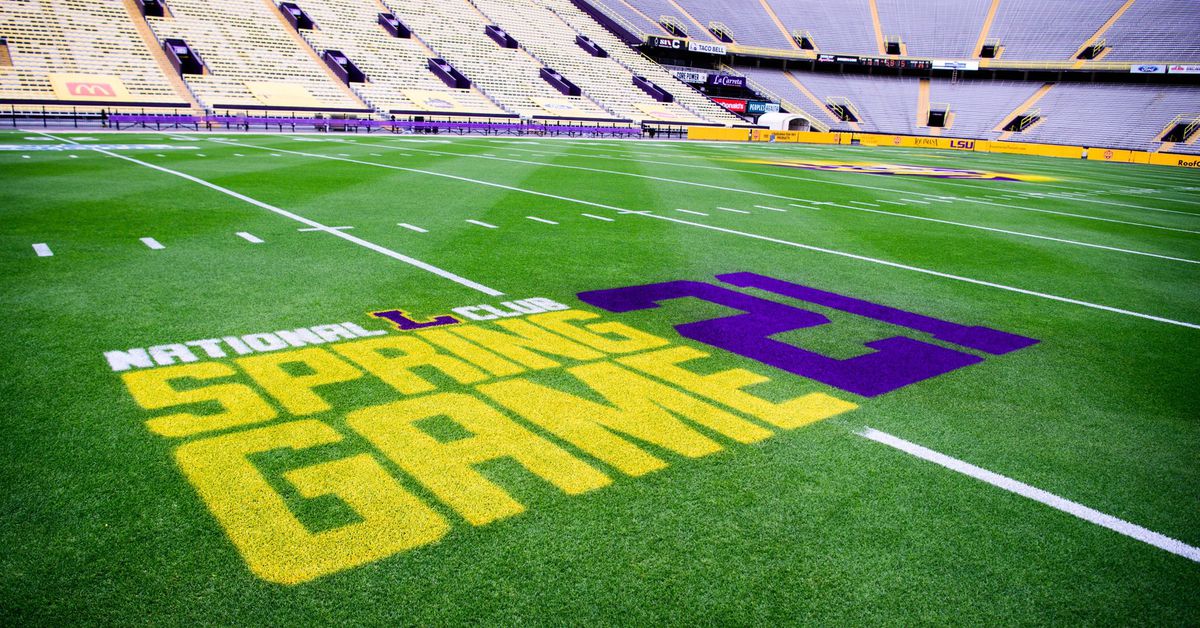 LSU will put a bow on its spring football practice with the annual L Club Spring Game.

The spring game is of course that magical time of year where one can make something out of nothing or largely ignore what happens on the field and chalk it up to practice. But no matter where you stand, we’ll have to try and make this small morsel of football last through the dog days of summer.

Personally I enjoy the spring game in the “it’s football” sense. But I don’t let the game sway my opinion on the upcoming season.

That said there are some things worth keeping an eye on Saturday afternoon.

The Tiger offensive line had a rough go of things in 2020 but all five starters are back for redemption. How has the combination of Dare Rosenthal, Ed Ingram, Liam Shanahan, Chasen Hines, and Austin Deculus progressed since we last saw them in December? And what about the two-deep, could someone like Charles Turner or Anthony Bradford be counted on if and when an injury happens? It’s great that LSU brought back all five starters, but there’s a very real chance all five are gone by season’s end. The second unit needs to treat Saturday as an audition for the 2022 season.

Let’s get one thing out of the way: the starting quarterback battle will not be resolved on Saturday. Myles Brennan or Max Johnson or TJ Finley or Garrett Nussmeier could throw for 80,000 yards and it won’t mean anything because tomorrow is just a practice but with people in the stands.

But still it will be worth watching how all four of these guys command the offense. How does Brennan look post-abdominal injury? Has Johnson or Finley taken any noticeable leaps in their developments? And what does early enrollee Garrett Nussmeier bring to the table?

LSU has a clear cut No. 1 receiver in rising sophomore Kayshon Boutte. And while there’s a whole host of talent on the depth chart, which one of these guys will stake their claim as the No. 2 receiver? Jaray Jenkins came on strong as the 2020 season progressed; Trey Palmer can be explosive when the ball ends up in his hands; and Koy Moore projects as a possession receiver. Remember this time last year LSU was working under the impression they’d have Ja’Marr Chase and Terrace Marshall out wide, and the others were battling for that third or fourth receiver spot. Are any of these young guys ready for a bigger role?

More Sports Indoor football likely returning to Billings Scott Breen – MontanaSports
Presumptive No. 1 pick Trevor Lawrence clarifies his drive: ‘I love football as much or more than anyone’ – NFL.com