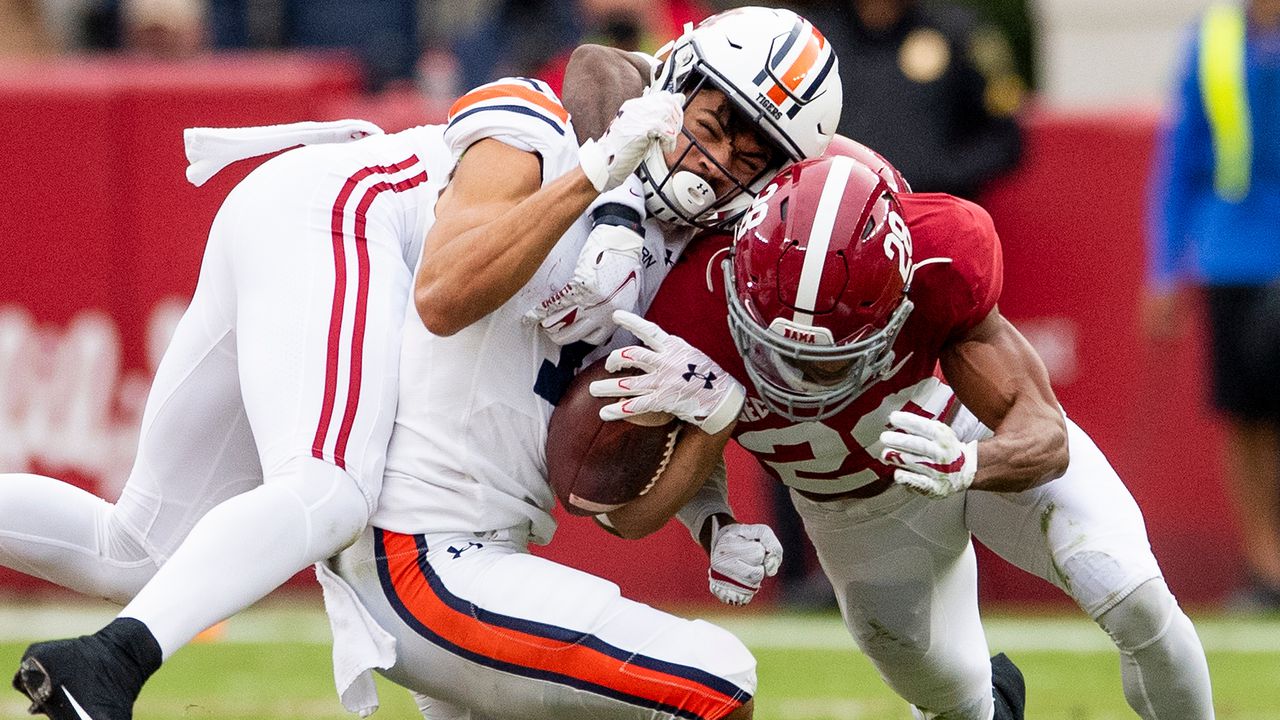 Anyone involved with football needs not a study to tell them that the majority of injuries, including concussions, that occur playing the sport come in practice and during preseason camps.

Alabama had an A-Day scrimmage with a significantly reduced depth chart, according to coach Nick Saban. If we’re being honest, that’s probably a sign of a good spring following a national championship. College football is brutally physical, but actually much safer on the whole than lower levels of the sport. Millions and millions of dollars are spent on recruiting players to a campus, and then the success of a coach paid millions and millions depends on his ability to keep people healthy.

Not the case in high school.

Even junior high school teams have a history of practicing full-contact kickoffs, complete with blind-sided blocks in the open field. From personal experience as a father, I know children sometimes walk away from these practices with unseeable trauma. One of my boys experienced a concussion so severe that he could never play the sport again, and he then suffered with the effects of other concussions throughout his development. So, know that when I write about concussions in football it comes from a place of intimate understanding and hard wisdom tempered by tragedy.

Such is football’s sum force of brutality, but now the NCAA has numbers on a page to help explain the effects of football on human brains. It ain’t good, but knowing this science, hopefully, can allow for a better future of football at the collegiate, high school and youth levels. Based on the results of a new five-year study, NCAA policy makers for football, according to a recent report by Sports Illustrated, are putting together a proposal for drastic changes to preseason fall camps.

This is good news not only for players, but for the development and health of the game they love.

The number of preseason practices in full pads could be reduced from 21 to eight, and full-contact preseason scrimmages sliced from three and half to two. It is all to reduce the number of concussions in football. They are inevitable, in other words. In addition to those measures to reduce the chances for brain trauma, the NCAA’s Football Oversight Committee is reportedly planning to suggest individual collision drills be banned from the sport of football all together.

No more “Oklahoma” drills in any of their various forms, in other words. This is when players line up one vs. one, or two vs. one, or any other combination and slam into each other at speed. A younger me might have scoffed at football practice without the bravado of Oklahoma drills, but the younger me also had to be told to brush his teeth and take showers. The truth is, good coaches did away with Oklahoma drills a long time ago, or have modified them to reduce injuries.

Here’s why. According to the comprehensive five-year study funded by the NCAA and the Department of Defense, 72 percent of concussions during a season occurred in practices, and 48.5 percent of all concussions happened during preseason camp “despite preseason representing only 20.8% of the football season.”

These are compelling numbers, but not surprising when the intensity of practices during the month of August are considered. When Rashaan Evans, the All-SEC linebacker for the University of Alabama and two-time national champion, said practices with Alabama teammates were like starving lions fighting over scraps of flesh, he didn’t mean that the pride’s time on the field together were for bonding exercises in the benefit of holistic wellness and intellectual stimulation.

Those closest to starvation will do anything for food.

Depth charts are finalized during fall camp, and the best way to move up the ladder is be more ruthless than the next guy. Think an offensive lineman or linebacker who maybe suspects he had a concussion but isn’t really 100 percent sure and can definitely “fake it to make it” is going to inform a trainer that they’re feeling a little foggy? The answer is heck no.

At Alabama, that might be the difference between never playing and being a starter just based on the preposterous amount of depth on the roster. Lose your shot for whatever reason, and that’s it. Happens every year. At Auburn, no player can be expected to report a possible concussion with a new coach who is implementing his team culture this year. It’s a sport based on toughness. It’s not a sport based on cautious, safety-first decisions.

Making a player choose is just lawyer-approved negligence. In the end, it’s up to the player to protect himself, and that cannot be allowed to happen because the stakes are too high and they won’t do it. These are the reasons drastic reductions in collisions are necessary in football practice, and especially fall camp. It has little to nothing to do with coaches.

The game of football, unavoidably, is a health risk, and the sport, whether people in the South realize it or not, is trending down nationally at the youth and high school levels even while the television money is ever going up, up and through the nose into the brain and rushing bloodstream of American culture.

This latest study, published by the peer-reviewed medical journal JAMA Neurology, comes after a 2019 study of brain activity by Carnegie Mellon that stated in its summary: “New research indicates that concussions aren’t the sole cause of damage to the brain in contact sports. A study of college football players found that typical hits sustained from playing just one season cause structural changes to the brain.”

Something had to be done. The finalized suggestions by the Football Oversight Committee will be presented to the NCAA Division I Council on May 19. New rules to make football safer will not be rejected.

Football is an exhibition of celebrated violence, and usually the team that can channel its collective talent and abilities into the best version of organized savagery wins the game. Not saying this is a bad thing, necessarily, just acknowledging why this sport we all crave is so appealing to our more animalistic desires.

Joseph Goodman is a columnist for the Alabama Media Group. He’s on Twitter @JoeGoodmanJr.