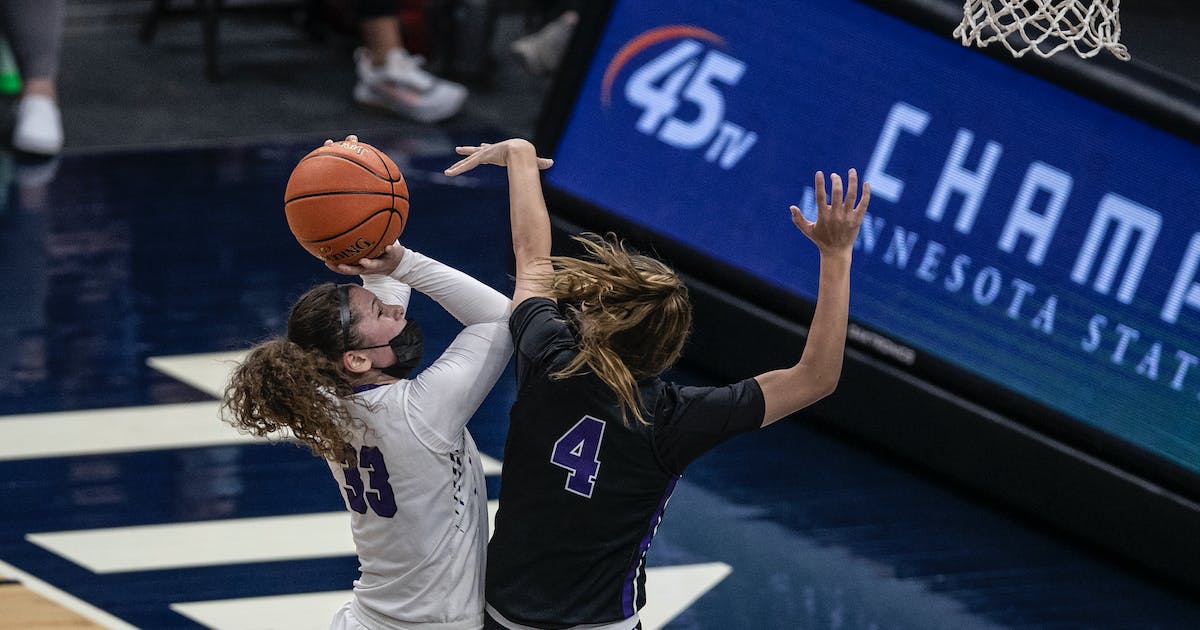 Today’s schedule has games in Class 1A, 2A and 3A. Click on links for score updates and postgame reports:

Playing in the semifinals of the state tournament for the first time, poised Belgrade-Brooten-Elrosa held on for a 51-50 victory over Sleepy Eye St. Mary’s on Tuesday at Target Center.

The Jaguars, led by seniors Alissa Knight and Josie Knutson, withstood a comeback by Sleepy Eye St. Mary’s in the final three minutes to advance to the state championship game for the first time.

“We have gotten great senior leadership,” Jaguars coach Kristina Anderson said. “This team trusts each other.”

Hennen, a 5-9 senior guard playing in her fourth state tournament, and Rolbiecki, a 5-11 junior forward, combined for all but three of Minneota’s second-half points as the Vikings rallied late for a 54-53 victory over Mountain Iron-Buhl in a Class 1A semifinal at Target Center.

Paige Meyer is one of the best kept girls’ basketball secrets in the state.

Albany’s 5-6 senior guard methodically picked apart Glencoe-Silver Lake’s defense, igniting a 20-2 run late in the first half en route to a 72-49 victory in a Class 2A semifinal Tuesday at Target Center.

Albany (23-1) held a 26-24 lead nearing the six-minute mark of the first half when Meyer took over the game. The South Dakota State recruit had 11 points, two assists and two steals during the spurt, capping it with an old-fashioned three-point play with four seconds left in the half.

“Paige is a tremendous basketball player,” Albany coach Aaron Boyum said. “The number of things she can do on the offensive and defensive ends of the court is phenomenal.”

More on the tournament:

Which teams will be playing for the titles? Ron Haggstrom calls the tournament

Podcast: Better than Bueckers? Former Hopkins coach on the next girls prep superstar

Commitment to greatness: Maya Nnaji of Hopkins is metro player of the year

Ten things to know about the girls’ state tournament