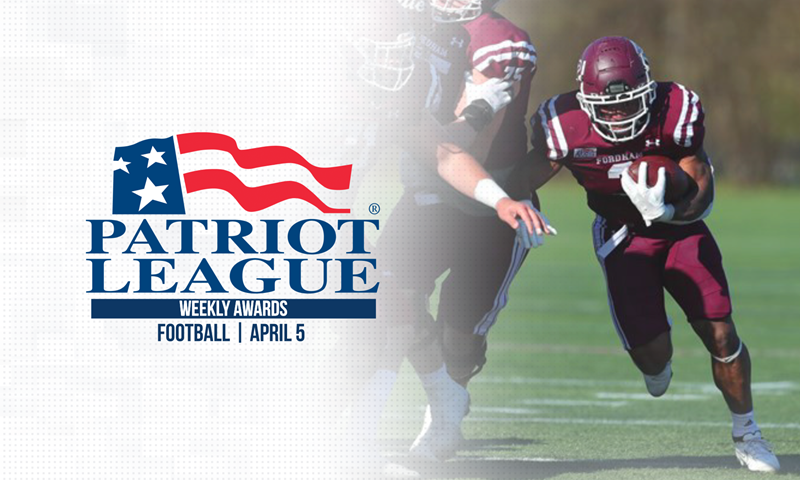 The Patriot League football players of the week are selected in a vote by League media members and each school’s sports information directors, who are not eligible to vote for their student-athletes.

! Clinched a berth in the Patriot League Championship Game

PATRIOT LEAGUE FOOTBALL ROOKIE OF THE WEEK
Mike Bright Jr., Bucknell, Fr., DL, Woodland Park, N.J./Hotchkiss School (Conn.)
*Bright made a game-high 2.0 sacks and was part of a Bucknell defense that limited Lehigh to 190 yards of total offense in a 6-0 shutout win to clinch a spot in the Patriot League Championship Game.
*His second sack came during Lehigh’s final drive of the game to help the Bison seal the victory.
*Bright and the Bison defense held the Mountain Hawks to 23 rushing yards.

Ethan Torres, Bucknell, Sr., PK, Great Falls, Va./Bishop O’Connell
*Torres accounted for all six of Bucknell’s points in a 6-0 victory over Lehigh to clinch the South Division title and a spot in the Patriot League Championship Game.