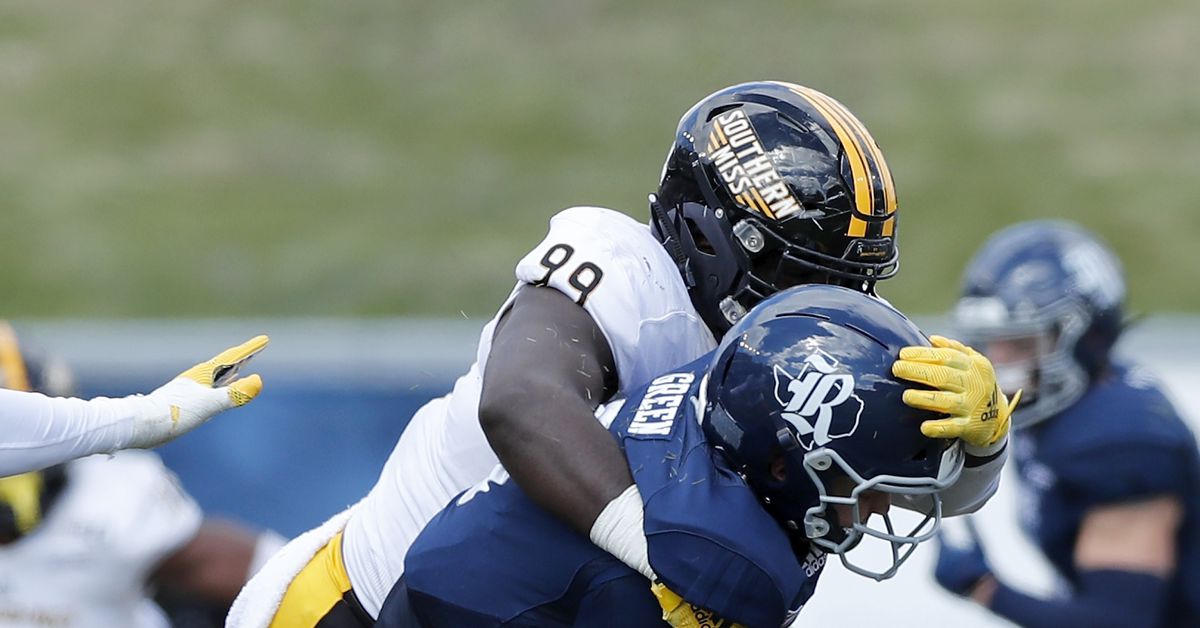 Louisville entered the off-season with two needs for the roster and the filled one today. Jacques Turner announced that he will transfer to Louisville and fill a need at the Nose Tackle position. At 6-1/289, Turner has the type of size Scott Satterfield said they were looking to add. Turner also played at a high level for Southern Miss before sitting out last season.

Turner was first-team All-Conference USA in 2018 and came back in 2019 and put up better numbers. In five career games against Power Five competition, Turner had 6 tackles for loss and 3.5 sacks. Those five games were all against SEC competition. With 30.5 tackles for loss and 15 sacks in three seasons, Louisville has to feel good about the consistency that Turner showed at Southern Miss.

The staff felt they needed to add a veteran at the Nose spot as Malik Clark and Dezmond Tell are the only experienced players there. Clark has limited experience as he played Defensive End until last year and Tell will be in his second year and missed time with an injury last year. Bringing in a player that played at a high level and fits what they do is really good for an improving defense.