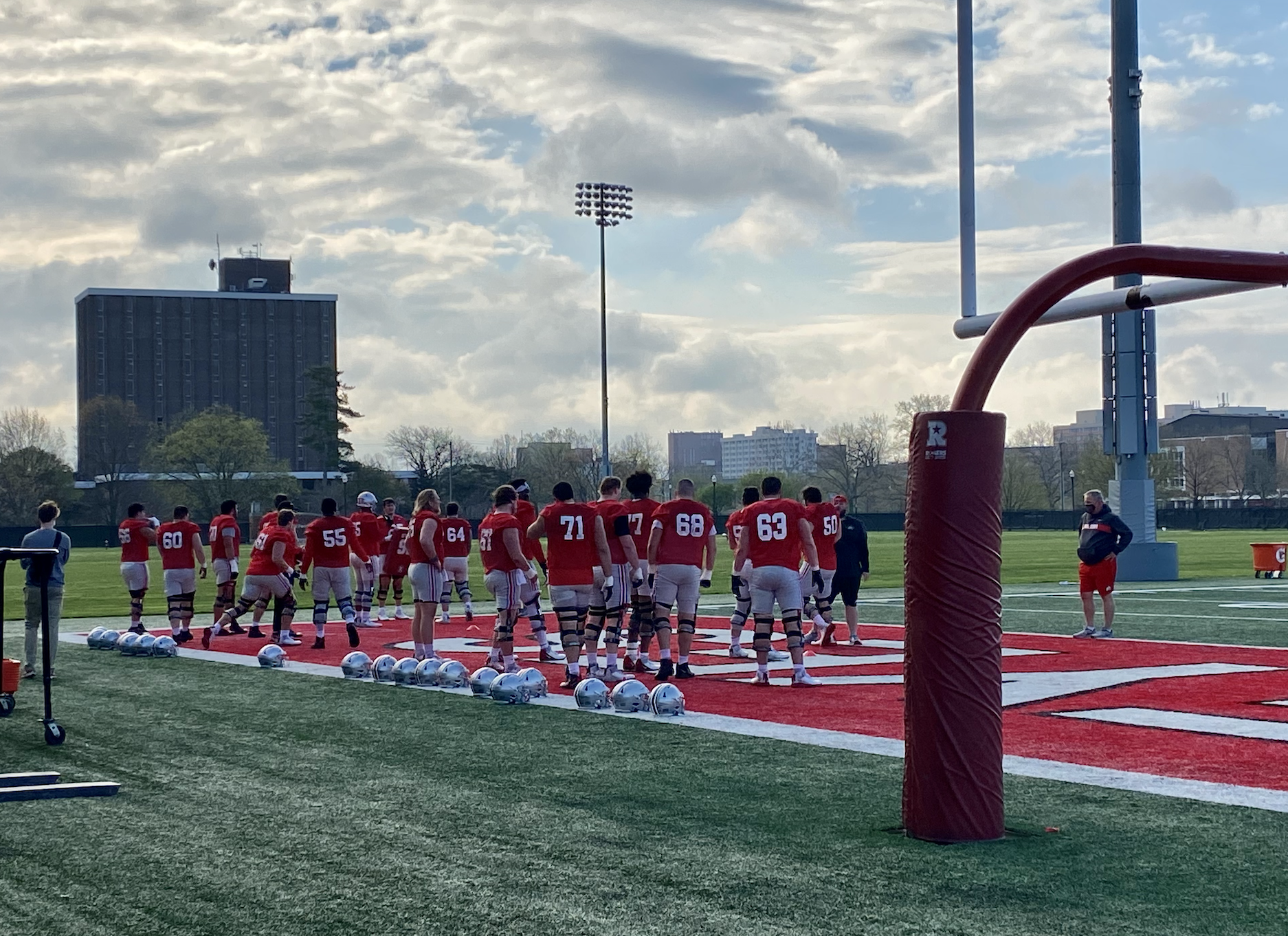 COLUMBUS – Ohio State opened its final week of spring practice with practice No. 12 on Monday morning. The Buckeyes practice three times this week leading up to the spring game on Saturday.

The media was allowed to attend the first hour of practice on Monday to see position group drills, special teams work, and red zone situations. Here are the highlights from what we saw at the Buckeyes’ practice.

First up, Ohio State assistant strength coach Niko Palazeti opened practice up with a passionate and motivational speech to the team.

Ryan Day working with the QBs — coaching them up before running a play. pic.twitter.com/PB8XLdKEUD

At wide receiver, Chris Olave, Garrett Wilson and Jaxon Smith-Njigba were first up in the rotation. During the final period the media was able to see, red zone passing, Olave and Wilson had a handful of touchdowns.

On the offensive line, Josh Fryar and Luke Wypler were taking reps with the first team offensive line. Wypler was practicing at center.

At running back, Master Teague was limited in some drills. Miyan Williams led the group and behind him were Steele Chambers, Marcus Crowley, then freshmen TreVeyon Henderson and Evan Pryor.

Larry Johnson working with the DL on some drills pic.twitter.com/fxMQcfRiGC

A lot of energy from the #Buckeyes for the final week of spring practice. pic.twitter.com/pJh3SHkfdL

Buckeyes running onto the practice field for Practice No. 12 pic.twitter.com/2AMACwDWo5