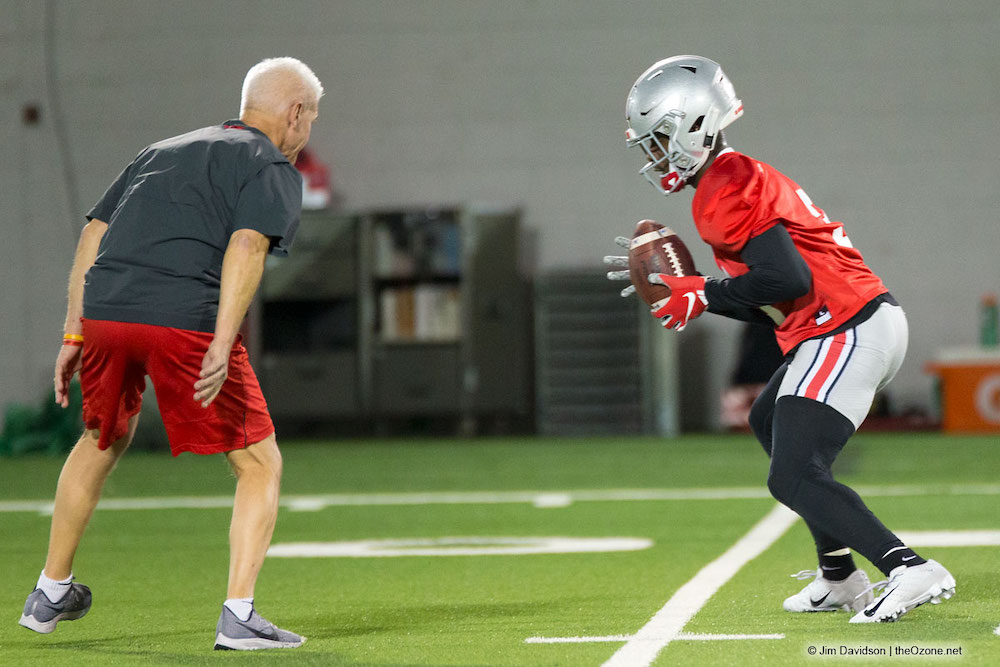 COLUMBUS – Ohio State Head Football Coach Ryan Day confirmed to reporters today that there have been a couple of position changes. He also reported that the changes were initiated by the players involved, not the coaching staff.

Wide receiver Gee Scott  came to OSU as a highly-regarded wide receiver but has decided that his future in football may be at tight end. According to Day, Scott has had trouble keeping his weight down to his playing weight of 215 and “is just a few McDonald Big Macs away from 225.” OSU’s staff has evaluated Scott and feel that he has the body-type and frame to easily be able to put on weight and still perform at a high level. As a tight end Scott would be a matchup nightmare for opposinging linebackers as, but will have to work on his blocking in support of the running game. In discussing that with Day  Scott said he was confident that OSU tight ends coach Kevin Wilson could teach him how to block. For his part, Day is very excited about this move

The other player making a change is Demario McCall. McCall opted to come back for another season and after spending his entire career at running back h-back he has asked to play on the defensive side of the ball. Day is again very happy with what he has seen so far of that move and says that McCall has flashed in his new role as a free safety. Day described McCall as a player who had his very best off-season ever and is exhibiting a great attitude and outlook.