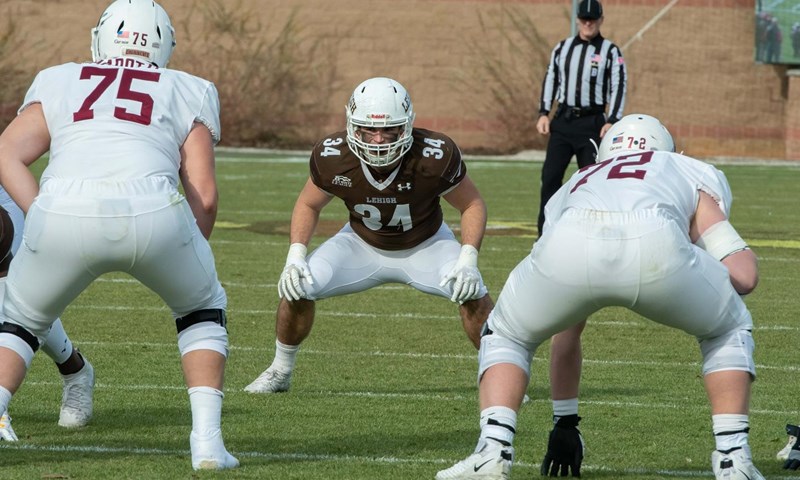 BETHLEHEM, Pa. – All seven Patriot League football programs will be in action Saturday, with each game available on the ESPN family of networks. Lehigh hosts Princeton, and Holy Cross travels to Yale to kick off Saturday’s action at noon with live coverage on ESPN+. Georgetown opens its home slate against Harvard, and Lafayette welcomes New Hampshire in a pair of 12:30 p.m. games on ESPN+. Colgate hosts William & Mary in the second of three consecutive home games, beginning at 1 p.m. on ESPN+. Fordham heads to Boca Raton, Fla., to play Conference-USA foe Florida Atlantic at 6 p.m. on ESPN3. Bucknell celebrates Family Weekend by hosting Penn at 6 p.m. on ESPN+.

FCS All-In Week 3 Episode Premieres Saturday Morning
A new episode of FCS All-In will premiere on YouTube on Saturday at 10 a.m. ET. The weekly online show highlights each of the NCAA FCS conferences. Fans can subscribe to the FCS All-In YouTube Channel, turn on notifications and check back every Saturday morning to see the Patriot League’s segment, as well as those from around the FCS.
FCS All-In YouTube Page

Lafayette Football’s Behind The Mic
Lafayette Sports Network’s Gary Laubach and John Leone discuss the Leopards’ start to the season and its upcoming game against No. 23 New Hampshire on Saturday.
Watch Behind the Mic

What’s the identity of this…

Winners and losers from Week…